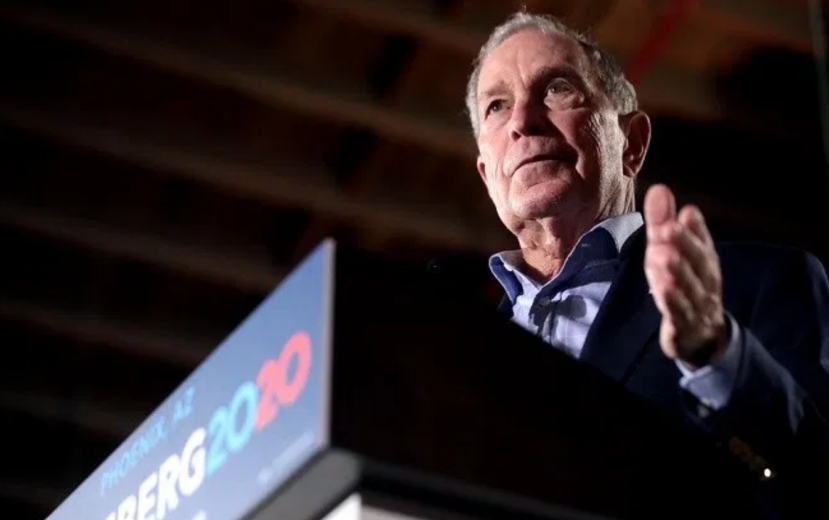 Originally written on February 27th.
Billionaires are currently a fixture of our political discourse. Billionaire and Former Mayor Mike Bloomberg entered the Democratic primary 11 weeks ago setting off a discussion on the ethics of money in politics and of the existence of billionaires. Bloomberg makes no secret of the fact of his wealth, it’s a central part of his electability argument. He doesn’t need to ask anyone else for money, he posits, and therefore he doesn’t need to engage in the corrupt horse trading that goes on in politics. His wealth makes him incorruptible. But the flip side is also true. Because he doesn’t need to ask the people for money, he’s also not accountable to anyone. What happens when President Bloomberg needs to raise taxes on the rich to fund the programs we sorely need to tackle the important issues of our time? Are we sure that he will tax his own nearly $60 billion in wealth to help us? And if he doesn’t, how can anyone keep this incorruptible man accountable?

Bloomberg and big money are an example of how the ultra-wealthy can pose a threat to the democratic process. Likewise, the way that the ultra-rich earned their money poses a threat to our economic well-being.  What Bloomberg represents is the same thing that Trump represents in American society, a wealthy elite that feel entitled to their power and wealth. Billionaires are an outcome of a corrupt and immoral political and economic system. If you care about democracy and inequality, then you must also care about the concentration of wealth.

During the Nevada Democratic primary debate Michael Bloomberg was asked about his wealth. He said he earned his money implying he deserves it because he put in the effort, had the talent, and took risks for it. But the rich didn’t earn their wealth alone, in fact, they didn’t earn it at all. An Oxfam report from 2015 entitled Extreme Wealth is Not Merited analyzed the wealth of billionaires from Forbes’ list of billionaires. They sought to understand whether that wealth was earned or meritocratic. They concluded that, “fifty percent of the world’s billionaire wealth is found to be non-meritocratic owing to either inheritance or a high presumption of cronyism. Another 15 percent is not meritocratic owing to presumption of monopoly. All of it is non-meritocratic owing to globalization.”

What billionaires and the rich are really saying when they adopt the meritocratic argument is that they are more valuable than the average person. The median wealth in the US is $97 thousand, does that mean that they are about a billion times better than the average American? Did they work a billion times harder? Are they a billion times smarter? Did they take a billion times more risks? Jacobin magazine writer Luke Savage explains why this isn’t true, “no one earns a billion dollars, but hierarchical economic structures and a skewed political system ensure some nevertheless acquire it because of the property they own.” Explaining that rents and capital income account for much of their wealth (rents being a direct and literal transfer of wealth from low income to high income). As Savage explains, “vast concentrations of wealth in the hands of the few is both how and why there is so much poverty and insecurity among working and middle-class Americans, despite there being so much wealth overall.”

In the last five years the number of billionaires increased by about 40%. Does this mean that more and more billionaires are working harder than the average American? Maybe the growth in wealth at the top has something to do with the fact that since 1979 worker productivity increased by 70% while compensation increased only 12%. Maybe it has something to do with, as the Economic Policy Institute explains, “policy choices made on behalf of those with the most income, wealth, and power have exacerbated inequality.” Maybe it has something to do with policies like the Trump tax cuts which gave most of the $150 billion from the cuts to corporations for stock buy-backs and shareholder dividends, and only 6% of the tax to workers. Maybe it has something to do with the fact that the Citizens United Supreme Court ruling opened the flood gates for big money to influence our politics, or with the efforts of the uber rich like that of the Koch brothers who are systematically undermining our public institutions in the name of “economic freedom” for the rich to be free of taxes. The wealthy did not earn their money but instead took that money from the rest of us. They are influencing our policies and stymying our efforts to eradicate poverty and economic inequality. To not talk about them is to either not understand how our system functions or to be complicit in maintaining the status quo.

Ultimately this is about what kind of society we want to live in. Will we tolerate living in a country where 500,000 people are homeless, where 40% of the population doesn’t have more than $400 to their name, where 45 thousand people die each year for lack of health care, where the poverty rate remains stubbornly high and the racial wealth divide deep? All while three white men own as much wealth as the bottom 50%? Or do we want to live in a society where everyone has basic economic rights, where everyone is free from hunger and poverty, where people are truly paid a fair wage, where the color of your skin or the place where you were born doesn’t determine your value and well-being? We can’t have both. We must choose.

More in this category: « The Quest for Greater Diversity in the Construction Industry How the Federal Reserve literally makes money »