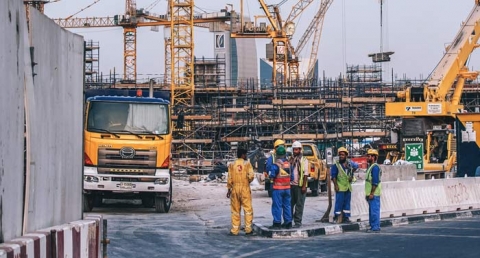 We can’t let a festering anti-developer atmosphere hold back Chicago’s minority- and women-owned businesses—and thus hold back the very neighborhoods that protesters want to protect.

Mayor-elect Lori Lightfoot has been critical of the way tax-increment financing money has been deployed throughout the city, and her concerns—plus the concerns of new City Council members and many Chicagoans—nearly kept two big projects from being approved. The 78 and Lincoln Yards have now gotten the green light to proceed, in part because they agreed to meet higher minority hiring standards than the city currently requires—30 percent minority-owned businesses and 10 percent women-owned businesses as opposed to 26 percent and 6 percent, respectively. Still, skepticism persists.

RT @NYGovCuomo: The federal government does not decide if NYS schools reopen — the state does. We will make that decision based on the sci…

RT @PrincessBravato: But you mean to tell me that we can bail out Airlines and cruise ships but yet we can't help doctors nurses and now sc…

RT @votevets: Trump and @TuckerCarlson want a fight?! Unlike those cowards, @SenDuckworth is battle-tested. Bring it on! #ToughAsHell #Ca…

RT @Bill_Maxwell_: Remember @realDonaldTrump threatened to disown and cut off Don Jr if he joined the military, and then years later put in…

RT @BetteMidler: Their names. Write them down. Keep the list. Forever.

RT @mikefarb1: Hell is currently undergoing a major expansion in preparation for the expected surge.

RT @JoyceWhiteVance: The GOP will likely continue to justify the unjustifiable but either this is the bottom or there is no bottom. Either…