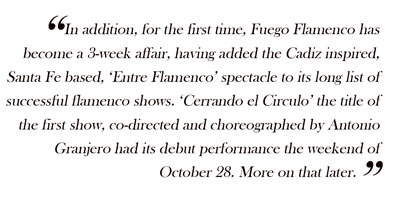 Finally, the weekend of November 10-13, directly from Spain the entry to this year’s series, ‘Alejandra’, directed by Jose Almarcha and choreographed by Lucia Ruibal, will be in town to wrap up the festival.

This is the first of three articles we will be presenting regarding these shows. 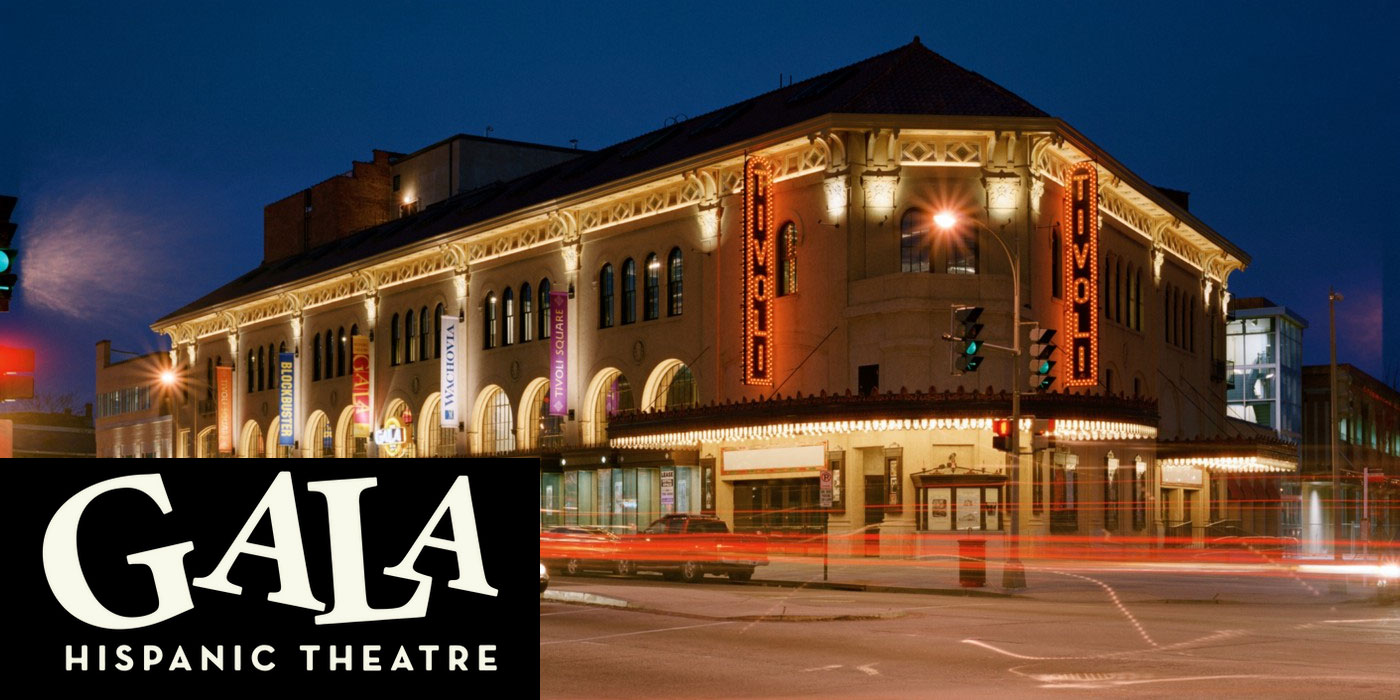 The ‘Cerrando el Circulo’ concert had a special allure for me, having just visited Cadiz for a week this past August. When listening to the voice of ‘Trini de la Isla’, I was transported back to his native Cadiz and the sounds and sights of that magnificent city. Close your eyes and Trini’s voice will remind you of the Casbah in Marrakesh or a flamenco version of Joaquin Sabinas. Trini’s rough, powerful voice will return for the ‘Alejandra’ performances at the end of the series and just listening to him is worth the price of admission. Definitely get a ticket for that.

The other notable feature of this first show was the Taranta themed flamenco version of the classic Mexican tune ‘Llorona’. The Santa Fe influence was apparent in this tune and, once again, the inimitable voice of ‘Trini de la Isla’. We can only hope this lively and energetic company featuring dancers Angel Muñoz & Estefania Ramirez, the voices of Trini and Momi de Cadiz as well as the guitar of Juan Jose Alba returns again soon to our ‘tablaos’.

It is a full and rich flamenco season for lovers of this idiom, so click on over to www.galatheatre.org and buy your tickets now!