D.C.’s Ward 1 has always been an iconoclastic place that has a tendency to vote for outsiders and underdogs for Ward Councilperson. In the early 80’s Frank Smith, a civil rights veteran and yet an outsider to D.C.’s democratic elite, beat a white, establishment backed, liberal in his first election.

After four terms, Smith would lose to Jim Graham, a gay man (when that was less common in D.C. politics) who clerked for a Supreme Court justice and managed the District’s most famous AIDS prevention facility, the Whitman Walker Clinic (along the way befriending Elizabeth Taylor who became a major supporter). To win his first campaign in Ward 1, Jim put together an eclectic coalition of gays, Hispanics and what I describe as the ‘Euro trash’ vote – young, white, lefties from Adams Morgan, Mt. Pleasant & Columbia Heights. At first, he did not win the majority of the African American vote, nor the support of the democratic machine. Later the African American community and folks on the eastern side of the Ward became his most loyal constituents. 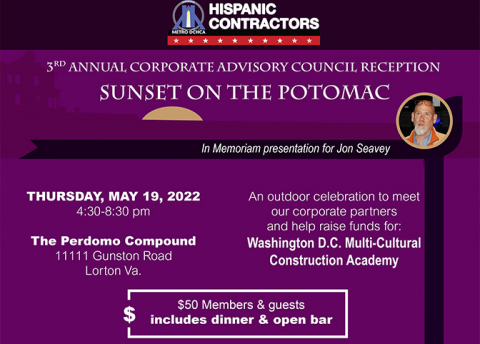 out on the farm at The Perdomo Compound. Our third event at this splendid outdoor property on the Potomac. Make sure you reserve the date for a beautiful evening under the stars. The notice is in this email. More details at a later date. Open to all of our membership

In a feat of astonishing ambition and virtuosity, D.C.s GALA Hispanic Theatre, one of the nation’s top Spanish language cultural centers, has managed to produce a complex, difficult,  popular Broadway musical in Spanish, most appropriately about the life of diva and Cuban icon Gloria Estefan. “On Your Feet’ is a tour de force! GALA Theatre has used every possible resource within its reach to provide for a first rate, top of the line, exciting song and dance show with live musicians, exquisite voices and a dance ensemble made for Radio City Music Hall. All told, it is a production of extraordinary breadth and sophistication.

RT @CREWcrew: We're going to keep saying it until it happens: President Biden should fire Ginni Thomas from the Library of Congress Trust…

RT @jgoldbeck: Another MAGA congressional candidate caught lying about his service record… with his lies bolstered by ads paid for by the p…

RT @CastelliMatt: I’m a pro-gun, pro-choice, pro-police Moderate Democrat who spent my career in the CIA working to keep our country safe.…

RT @SenWhitehouse: Extremism is most sinister when it hides behind a face of moderation.

RT @B52Malmet: Two men of the moment without a drop of integrity between them. https://t.co/ae41uuTRGm

RT @mashagessen: In which the more people leave, the fewer will go to war. Putin’s Draft Order Has Inspired a Russian Exodus https://t.co/c…