Tens of thousands of young Russians are protesting the leadership of Vladimir Putin nationwide in freezing temperatures. Thousands have been arrested.

Prior to being sworn in as the 46th president of the United States – and only the second Catholic to hold the post – Joe Biden attended Mass.

The high-stakes U.S. Senate race in Georgia catapulted the historic Ebenezer Baptist Church back into the spotlight. For 135 years, the church played a vital role in the fight against racism and the civil rights movement. It was the spiritual home of the civil rights leader, the Rev. Martin Luther King Jr.

Did the United States just have a coup attempt?

Supporters of President Donald Trump, following his encouragement, stormed the U.S. Capitol building on Jan. 6, disrupting the certification of Joe Biden’s election victory. Waving Trump banners, hundreds of people broke through barricades and smashed windows to enter the building where Congress convenes. One rioter and one police officer died in the clash and several other police officers were hospitalized. Congress went on lockdown.

While violent and shocking, what happened on Jan. 6 wasn’t a coup.

Francisco Sagasti became the South American country’s third president in a week after President Martin Vizcarra was impeached for “moral incapacity” in what many Peruvians saw as a coup by Congress. Then Vizcarra’s successor, congressional president Manuel Merino, was quickly forced to resign after furious public protest.

Some top executives in DC Mayor Muriel Bowser’s administration appear to be suffering from amnesia. Maybe it’s the stress of dealing with the novel coronavirus pandemic and public health emergency.

How else to explain why they are intent on pushing through a Medicaid contract with a company — MedStar — whose past behavior jeopardized the fiscal health of two other managed care organizations and damaged the entire program? Another company with whom the District is seeking to finalize a contract — CareFirst — owes the city millions of dollars in cash or services; it also appears to be flaunting DC small business certification laws, with tacit support from government officials.

The DC Council Committee on Government Operations, chaired by Ward 4’s Brandon Todd, recently gave preliminary approval to the Racial Equity Achieves Real Change Amendment Act of 2020. The legislation, now known as the REACH Act, was the brainchild of Council Chairman Pro Tempore Kenyan McDuffie, but it was co-introduced by 11 of his colleagues. 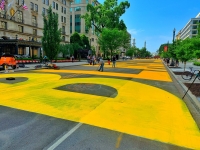 As the District of Columbia slowly begins the re-entry phase after the coronavirus quarantine and continuing protests over the murder of George Floyd, things look like they've changed quite a bit here in our town. For many of the new, younger residents this is the first serious civic engagement in which they participate. It brings with them a new generation of leadership and, hopefully, greater involvement in the affairs of the DC community, beyond mere symbolism.

Perhaps we should have recognized much earlier the large ambitions of Karl Racine. After all, he had been a White House counsel and was one of the first African Americans elected as managing partner of Venable LLP, a top firm in the city. He also spent more than $225,000 of his own money in his quest to become DC’s first elected, independent attorney general.

For much of the past five years, Racine has been praised, including by me, for strengthening the Office of the Attorney General (OAG). He created the Office of Consumer Protection and a Public Advocacy Division, aggressively fighting slum landlords and other predators. As president-elect of the National Association of Attorneys General and chair emeritus of the Democratic Attorneys General Association, he has worked with counterparts across the country to fight President Donald Trump’s discriminatory policies, his violations of the Constitution and his insatiable greed.

olitical floodgates in DC opened after at-large Council member David Grosso announced he would retire at the end of his term this year, rather than seek reelection. A virtual sea of individuals — at least a dozen at last counting — have jumped into the November general election race. As required by law, the seat Grosso held is reserved for a minority party member or independent.

None of the candidates has self-identified as a Democratic Socialist. More than a few have labeled themselves “independent Democrats.” That’s a fake moniker, but I won’t rant; I’ve done that already. 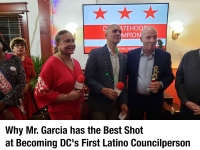 It's frustrating to read to this day from otherwise credible pundits and commentators about how this person in the White House 'won' the election of 2016. He is an illegitimate President. The election of 2016 was stolen. I don't mean with propaganda or Russian media manipulation, but by changing votes, real votes. There is a reputable professor at a University in Michigan who explained with precision and detail how this was done -proved it was done. Derided as an outlier and conspiracy theorist at first, his research is now well accepted. In counties across Pennsylvania, Michigan and Wisconsin (and perhaps Ohio) votes, real votes, were changed and non-existent votes added to the counts. Michigan and Wisconsin at the time were led by Republican governors, men who surely know how it was done and helped make these changes happen. Someday we may learn how they did it.

Nayib Bukele, the Mayor of San Salvador and candidate for President of El Salvador, was in town last week to organize his 'Nuevas Ideas' (New Ideas) movement of Salvadoran émigrés in the U.S. He attended a series of fundraising activities and addressed crowds in Maryland, Virginia and New York. Even though the Salvadoran election is over 15 months from now, Mr. Bukele has already made numerous campaign visits to our region.

Argentina's President Mauricio Macri came to Washington DC for his first visit under the Trump regime on Wednesday, April 26th, 2017. The whirlwind visit lasted barely 36 hours and began with a meeting on Thursday, April 27th with the American President. Later that same day he appeared at the Center for Strategic and International Studies (CSIS) to address an overflowing crowd eager to hear about his government's vaunted reforms and plans for growth and prosperity (see Link that follows for a transcript of the event). 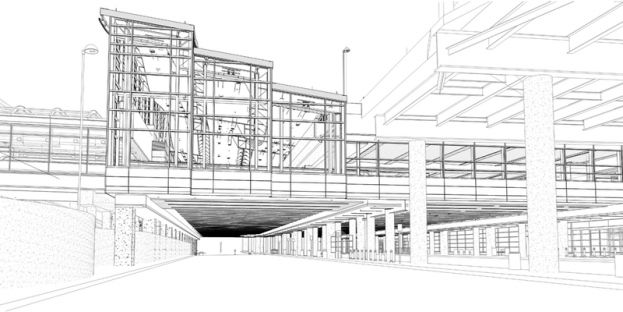