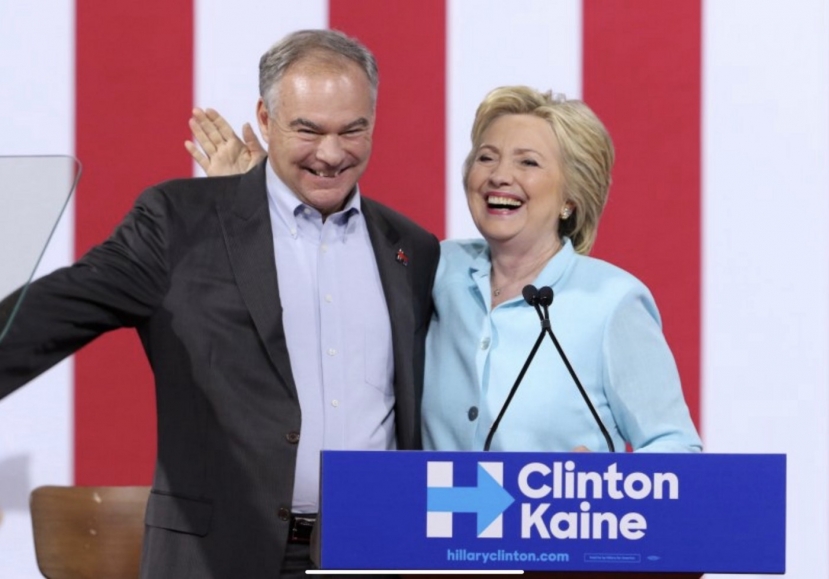 All eyes were on Clinton and who she would pick for VP. Her short list at the time included Senator Cory Booker, Secretary Julian Castro, Senator Elizabeth Warren (all of whom would eventually run for President in 2020) Tom Perez who is now the DNC Chair and a few other highly qualified names. Democrats had a big appetite to make history again by going with a possible first woman President. Barack Obama had broken the ceiling in proving that a Black man could in fact be elected as President of the United States. “The New American Majority” a term coined by Steve Phillips had finally manifested. This new “majority” made up of African Americas, Latinos, Asian Americans, Native Americans, Arab Americans and Progressive Whites were the group that would take Obama over the mountain top not once but twice. The landscape had changed and for a moment in time it seemed that Democrats had finally shifted away from chasing the ever illusive “Reagan Democrat”.

Democrats had traditionally always shifted their attention and resources to winning over the “White swing voter” often at the expense of historically marginalized groups and despite the fact that White voters as a plurality had not voted for Democrats since JFK. With the Obama blueprint in place, many had hoped Clinton would replicate this proven approach with the selection of a person of color as her VP. But to the contrary she would end up selecting Virginia Senator Tim Kaine. In addition to coming from a swing state he was also viewed as the best suited to win over enough White men who had long since shifted over to the Republican Party. After 8 years of progress the Democrats went right back to the same old broken play book. To make matters worse Latino voters were insulted and patronized with the story line that Tim Kaine spoke better Spanish than Castro and the glorified story of his time in Honduras as a missionary. None of this was a substitute to selecting a Latino for the ticket and just like that the enthusiasm went out the window. President Obama would campaign hard for Clinton but that wasn’t enough to keep up the record numbers of Black turnout in key swing states. Representation matters and identity politics plays a major factor when voters pick their candidates. Donald Trump understood this when he selected Mike Pence as his running mate.

Four years later it seems we are back in the same predicament. Joe Biden who is the presumptive nominee has the important choice of who to select for his VP. He has already stated he wants it to be a woman but refuses to commit to a Black woman or woman of color. In fact the conversation has now shifted to a possible White woman VP pick.

I would argue that this is a slap in the face to the most loyal constituency in the Democratic Party. We cannot forget that Black voters saved Biden’s campaign from near death with a big win in South Carolina and other Southern states during the primary. Also, Latino voters strongly supported Bernie over Biden during the Democratic primary. Not choosing a woman of color would certainly mean repeating the same catastrophic mistake of 2016. All the Trump bashing in the world will not translate to voter enthusiasm if people feel they are being taken for granted or are not valued. We must respect the fact that Black voters and voters of color play a vital role in the key swing states that were lost in 2016. This is a wake up call before its too late.