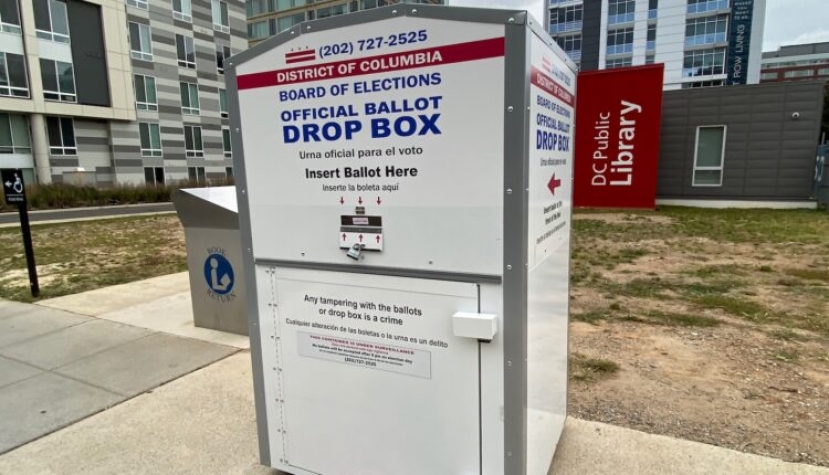 Incumbent Democrat Robert White, who has sometimes voted with the council’s progressive wing, may have won reelection to his at-large seat, with 118,983 or 25.84% of the vote as of the latest count. However, that victory didn’t satiate the far left’s political ambitions.

They had hoped former nonprofit manager Ed Lazere would make it onto the council dais. One of their celebrated policy leaders, he lost decisively, coming in fourth, after White; Christina Henderson, the winner of the second available seat; and Vincent Orange, who received the next highest number of votes in his attempt to get back on the council. Lazere has received 53,786 or 11.68% of the 291,744 total votes counted so far — through mail-in ballots as well as in-person early and Election Day voting — according to the unofficial returns posted by the DC Board of Elections on Thursday evening. Although some ballots remain to be counted, these numbers won’t fluctuate much at this point.

Moreover, when closely examined, the results reveal racial fault lines for political progressives. Consider that Lazere won only 3.93% of the votes cast in Ward 7 and 2.11% in Ward 8 — the two most heavily African American areas of the city. That puny showing came although he pushed the message that he was the candidate most focused on ending racial and economic inequality.

Those numbers may reflect the dissatisfaction of many longtime Black voters who were troubled by a midnight protest organized by supporters of Lazere at the home of sitting at-large Council member Anita Bonds — currently the only African American woman legislator. A counterdemonstration was held a few days later at Lazere’s home. Many people asserted that he had bruised the city’s political etiquette, by not condemning the actions of those involved, including the time and manner in which they conducted the protest. He issued a written statement supporting citizen demonstrations; he also  refused to offer any apology to Bonds.

By contrast, Orange received 24.8% of the vote in Ward 7 and 26.04% in Ward 8. Henderson garnered only 9.01% in Ward 7 and 8.93% in Ward 8. The results suggest that residents in those communities, who are mostly Black and brown, seem to have little confidence in rising political leaders.

One of 23 individuals who vied for the seat that opened when independent at-large Council member David Grosso announced his decision to retire, Lazere raised more money than most of his opponents, although he relied on the public financing provided by DC taxpayers. Equally true, he received endorsements from a ton of organizations and elected officials including DC Attorney General Karl Racine, Ward 1 Council member Brianne Nadeau and at-large Council member Elissa Silverman, who once was employed by Lazere when he was executive director of the DC Fiscal Policy Institute. Furthermore, he seemed to run a muscular campaign that included heavy use of social media and distribution of volunteers throughout the city.

None of that was effective, particularly against Henderson, who has 69,301 or 15.05% of the votes. Her campaign started slowly. Many observers, myself included, gave her little chance of winning, even with Grosso’s endorsement; Henderson once served as his legislative director. Surprisingly, she won the support of The Washington Post editorial board and Ward 3 Council member Mary Cheh. That helped her to overtake Lazere and Orange (55,205 or 11.99% of the votes), a former at-large and Ward 5 council member.

In her first victory lap via email, Henderson wrote, “The people of the District of Columbia have spoken: your zip code should not determine your access to the best that DC has to offer. A good education, high-quality healthcare, affordable housing, and safe neighborhoods should be within every resident’s reach.

“I am honored that voters have endorsed this vision for the District and chosen me to make it a reality as your next at-large Councilmember,” Henderson added.

Lazere’s defeat put the progressives further in the hole during this year’s election cycle: Jordan Grossman, who wore their banner in the Ward 2 Democratic primary, posted a significant loss. So did Anthony Lorenzo Green, who sought the Democratic nomination for the Ward 7 seat. Their only win came in Ward 4, where Janeese Lewis George unseated incumbent Brandon Todd.

In the general election, the coalition of progressive elected officials and groups — which includes, among others, Jews United for Justice Campaign Fund, Metro DC Democratic Socialists of America, DC for Democracy, and the Working Families Party — lined up behind Mysiki Valentine, hoping to hoist him to the at-large position on the DC State Board of Education. However, he fell to Ward 8 civic leader Jacque Patterson, who has 72,117 votes or 32.41% to Valentine’s 42,943 or 19.28%.

George — who, like Lazere, was endorsed by the Democratic Socialists of America as well as the group’s local chapter — crossed the finish line in the general election. Undoubtedly, that victory was due, in part, to the fact that she appeared on the Democratic ticket and had only token opposition from the DC Statehood Green Party. That is to say, her more significant victory came in June — not this week. And her win was in one ward — with losses this year for left-wing candidates in two other wards and in two citywide races.

Refusing to concede that progressives may, in fact, be out of touch with most DC residents, George said that she is going to be “eyeing” races in 2022. “We are going to need in 2022 to do the same thing that we did this year,” she added.

That seemed a strange message given the defeats they suffered.

Perhaps they are latching onto Henderson, hoping to claim her as one of their own. She has identified herself as a “pragmatic progressive.” That is decidedly different from the democratic socialistt label Lazere and George plastered on themselves.

If there is substance behind Henderson’s description of herself, it could mean that Mendelson will have somewhat of a reprieve. He has been concerned that the legislature, as an institution, was leaning too far left. The shift was caused by progressives — a group some have called the tax-and-spend crowd. If Lazere had been added to their ranks, that could have created even greater division during budget and public policy battles.

Truth be told, the overall influence of Henderson and George will be muted for the next two years, since Mendelson generally does not assign committee chairmanships to new members. Still, it’s expected that George will ally herself with council progressives, which include Silverman, who campaigned aggressively for her and Lazere. It’s too soon to know quite where Henderson lines up, but she may well echo the cautious and reasonable approach the city has seen, thus far, from Ward 2’s Brooke Pinto.

Meanwhile, the council has a serious race problem. It’s true that with the addition of  Henderson and George, it is enhancing the voice of people of color and of women. That change translates into a majority-Black and majority-woman legislature.

Those are great optics. However, given the paltry vote tallies Henderson received in wards 7 and 8, if the council members, veterans and newcomers alike, want to attack racial inequality, they will have to do more than just look diverse. They will have to persuade communities of color to trust them and to become collaborators in creating a truly representative democracy.

Something tells me that will be a hard sale.

This post has been updated to clarify reference to a quote from Janeese Lewis George, which came from her election night remarks to supporters rather than comments to a Washington Post reporter.