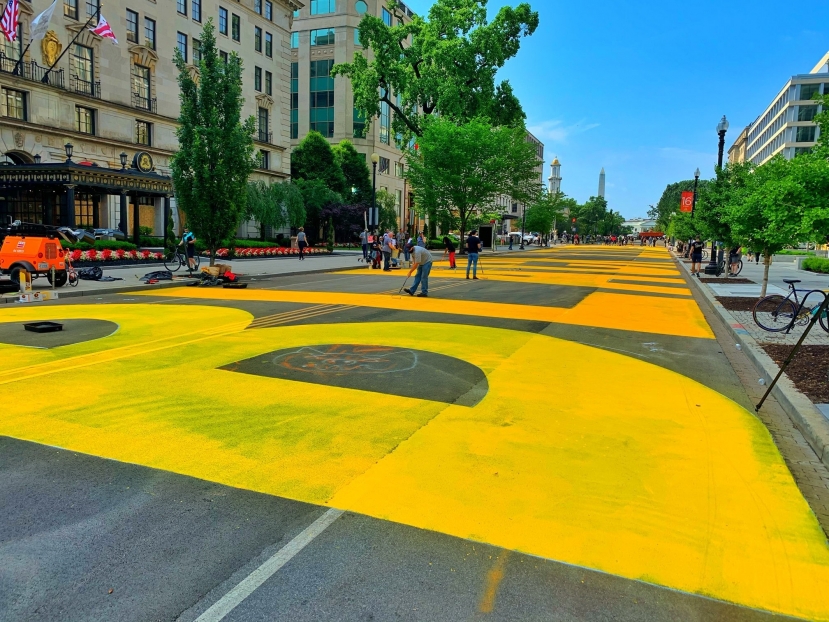 As the District of Columbia slowly begins the re-entry phase after the coronavirus quarantine and continuing protests over the murder of George Floyd, things look like they've changed quite a bit here in our town. For many of the new, younger residents this is the first serious civic engagement in which they participate. It brings with them a new generation of leadership and, hopefully, greater involvement in the affairs of the DC community, beyond mere symbolism.

We're seeing the emergence of our Mayor, Muriel Bowser, as a figure with a national profile, a symbol of courage, integrity and the rise of female, African American leadership across the country. Her gesture of renaming and prominently marking the street in front of the White House, her calls for the National Guard units from other states to leave and even her refusal to pay the hotel bills for soldiers who stay, has reinforced her image as a tough, competent leader. The Mayor had already received widespread praise for her response to the pandemic. Now her stance vis a vis the Trump White House has only enhanced her reputation and popularity. As it stands now, she's a formidable political figure in this town and will be so for some time to come, barring unforeseen circumstances. One of those circumstances could be her joining a Biden administration once he wins the election.

Into the breach rides a new player to the political scene, DC Attorney General Karl Racine. Elected to the newly created AG position a mere 5 years ago, the first and only occupant of that office, he's been amassing a crew of lawyers and assistants who've now begun to win elections on their own, starting with DC primary matches on June 2nd. All 4 of the Racine endorsed candidates won their contests.

Brooke Pinto, the winner in Ward 2, replaces the disgraced Jack Evans who has shaped the finances of the District for over 25 years. His knowledge of the budget, his representation of downtown and Georgetown interests and his uncanny use of the purse strings to garner support and advantage are legendary. Ms. Pinto appears to be a bit more independent, but let's see how she shapes up and what she will bring to the City Council. What is certain is that neither Ms. Pinto or the newly nominated Ward 4 Democratic candidate, Janeese Lewis George (another Racine protege) have significant ties to the District's Latino community. Most of our community supported Brandon Todd, the Mayor's ally and favored candidate in Ward 4. And there are more Hispanics in Ward 4 than in any other part of the District. 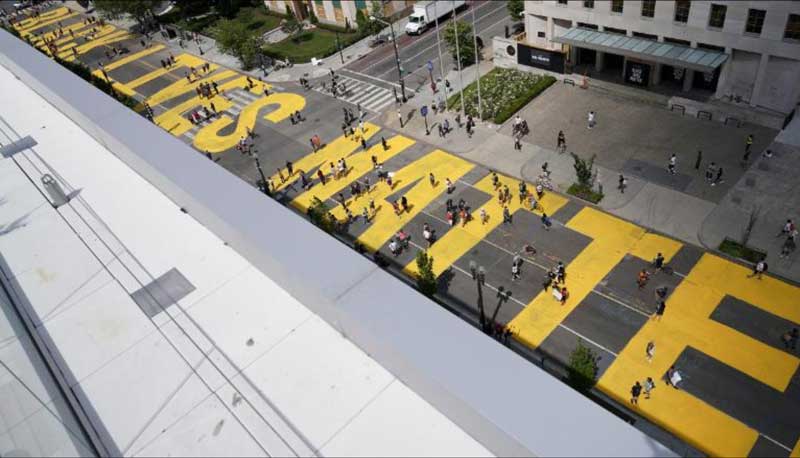 Hispanics in the District need to educate these candidates and make sure they keep our priorities in mind. Janeese, as she highlighted herself on campaign posters, represents a much more progressive vision than the incumbent, but there is no doubt that the bulk of the Latino community favored Todd. There were numerous rallies for Brandon attended by Latino Affairs Director, Jackie Reyes and a coterie of Salvadoran business owners and leadership in the Ward.

Racine has been viewed as nakedly ambitious, supporting candidates even before petitions have been filed and everyone is formally in the race. His latest endorsement venture was to endorse Ed Lazere for the At-Large seat reserved for an 'independent' on the Council. There are a great many prominent political personalities and community activists in the contest. Racine did not bother to wait and has already endorsed the candidate he claims has the 'best path' to winning the race. Criticized by at least one prominent Latino candidate for his haste and lack of inclusion and consideration, Racine's ties to our Latino community are also highly suspect.

We are entering a new era of DC politics. As the makeup of the electorate changes and we enter a decade of population growth and a different kind of diversity, there are new coalitions, new alignments and a historic teaching moment. We must preserve our DC, the history, the culture and the movements dating back to the Civil Rights era. It is up to all of us and, in particular, the new leaders to respect that.