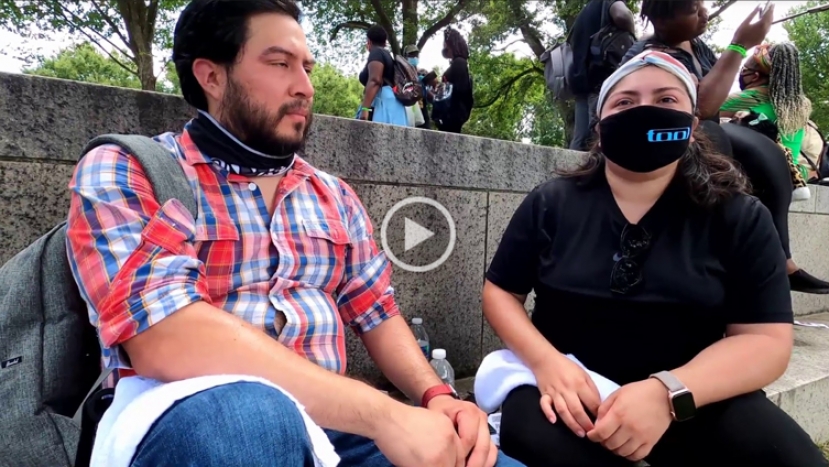 The entire day I strolled up and down amongst the estimated 70,000 people in desperate search of capturing the brown support of this black call to unity and equality. At some point during the day in total shame and disbelief I recall sitting down under a tree almost in tears at our lack of support. While it is most important for us as Latinos in America to take immense pride of our contributions and achievements to the American society, we must not negate the major role and benefits inherited by us through the civil rights movement and the black struggle for equality.

As a schoolboy I recall being able to sit anywhere I wished on the bus and not being told that browns must sit in the back with the blacks. My family and I enjoy the privilege of not having to read a sign outside a restaurant warning us to turn away because of the race and color of skin. Here on the east coast and in the south blacks bled and gave their lives for the rights we brown enjoy just as in the west, The Mexican-American and the Chicano movement bled and died fighting for equal rights for all brown men, women and children.

Fact is, the need to educate ourselves of each other’s histories and struggles is far, far more critical now than it ever was before.The need for black and brown to unite is one that will surely benefit our children and children’s children and as parents and grandparents we do have the responsibility to get up and fight for their future. No matter how we skin the cat this coming November, Trump or no Trump, a race war has erupted in America and we must rise-up and unite.

I talk to that schoolboy sometimes, you know the one, the brown boy who ran like lightning to avoid another beating on the streets of Shaw and tell him; ‘Hey, we’ve come a long way schoolboy you don’t need to run anymore but you sure as hell have your work cut out for you son’. In the words of the iconic Dolores Huerta; ‘Si Se Puede’ and the giant John Lewis; the time has come for many of us dormant for far too long to get into Good Trouble and Necessary Trouble, together, Yes We Can’!