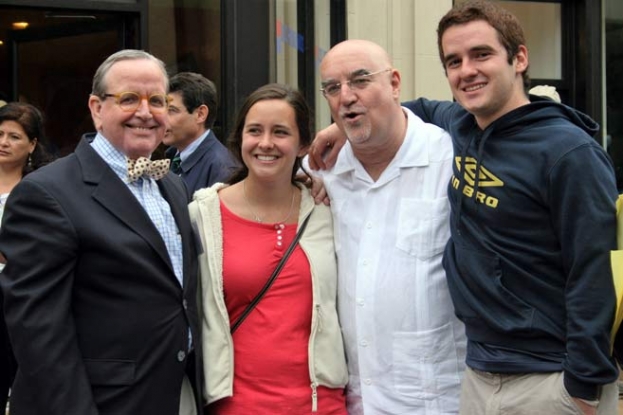 I met him at the Whitman Walker Clinic sometime in the spring of 1997. In typical fashion he had contacted our Spanish language newspaper to ask if we were interested in writing a story about the work of Whitman Walker. They had already opened the Elizabeth Taylor annex across 14th St. three years earlier. Jim had been in the news and was becoming something of a celebrity in the city. The profile of WWC had been heightened and financially they were in the best shape of their 15 year history.

"It will be a long time, if ever, before there is born [a District Councilman] so true, so rich in adventure. I sing of his elegance with words that groan, and I remember a sad breeze through the olive trees."