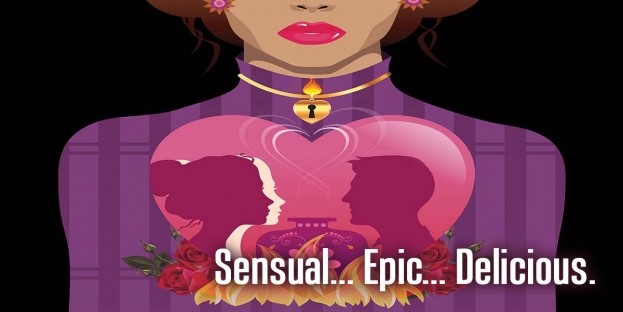 Washington, D.C. – GALA opens its 43rd season with the U.S. premiere of Como agua para chocolate/Like Water for Chocolate, adapted for the stage by Garbi Losada based on the internationally best-selling novel by Laura Esquivel. Directed by Olga Sánchez, Como agua para chocolate runs September 6 through October 7, 2018 at GALA Theatre, 3333 14th Street NW, Washington, DC 20010. Parking is available at a discounted rate in the Giant garage on Park Road, NW.

Como agua para chocolate is a story of passion and romance set against the backdrop of the Mexican revolution. Tita, a young woman trapped by a tradition that forbids her to marry Pedro, her true love, finds freedom in cooking so magical it inspires people to laugh, cry, and burn with desire when they feast on her culinary delicacies.
Tita’s struggle to rebel against the expectations imposed by her mother mirrors the national struggle for liberation from the oligarchy during the revolution. This adaptation for the stage captures the pain and tumult of challenging authority, the sensual interaction of the two star-crossed lovers, and the delight of preparing and partaking of recipes handed down through generations.
Como agua para chocolate is performed in Spanish with English surtitles, Thursdays through Saturdays at 8 pm, and Sundays at 2 pm. The Noche de GALA and Press Night is Saturday, September 8, 2018 at 8 pm, under the gracious patronage of His Excellency Gerónimo Gutiérrez, Ambassador of Mexico to the United States
A post-performance discussion with Chef Pati Jinich, the James Beard Award-winning host of the PBS Television series Pati’s Mexican Table, will be held on Sunday, September 23. Ms. Jinich is the resident chef at The Mexican Cultural Institute in Washington, DC and author of two cookbooks, Pati’s Mexican Table: The Secrets of Real Mexican Home Cooking and Mexican Today: New and Rediscovered Recipes for the Contemporary Kitchen.
This production is made possible in part with generous support from the DC Commission on the Arts and Humanities, the Embassy of Mexico, ARRP, and the Mexican Cultural Institute.

RT @Cbluedreams: “The recall was largely fueled by anger surrounding the governor's handling of the coronavirus pandemic.” Wrong. This was…

RT @robreiner: We have a two party system where one party is in favor of overthrowing the government and dying by a deadly virus.

RT @AdlaisWorld: The author of the Texas abortion bill said that overturning Roe v. Wade will make women practice abstinence. Now I have a…

RT @BakerHugh: The sad truth is, it didn't need to be the worst pandemic in 100 years..It was Trump's and the Republicans.. WE NEED TO CRUS…

RT @joshtpm: wait till he hears about buying a ticket

RT @BaddCompani: When ya all gonna realize trumpf, Barr and McGahn blocked, impeded, and shut down so many investigations into anyone surro…

RT @KaivanShroff: Republican congressional candidates are speaking at the “Justice for J6” rally for domestic terrorists and domestic terro…