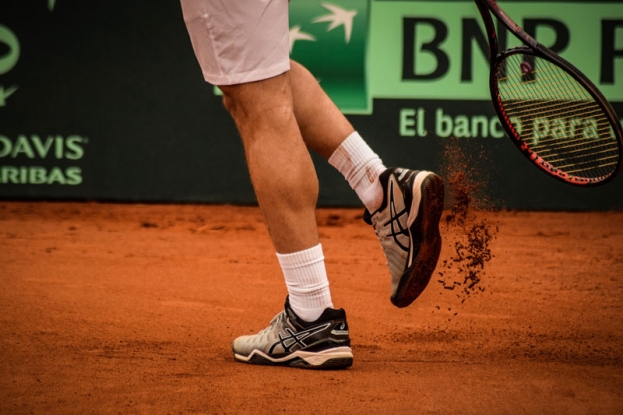 Photo by Gonzalo Facello from Pexels 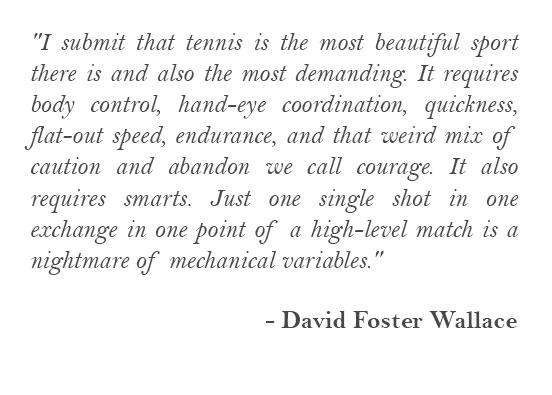 Tennis has been a great comfort to me. It allows me to get regular exercise in a manner I enjoy even if, at the same time, it is strenuous and tiring. I maintain a strong competitive spirit and measure my progress in the sport by the scores against players I regularly play against. In tennis you can watch the great shots and movement of the professionals and replicate them albeit in a slower, more measured fashion. There is nothing like the gracefulness of Roger Federer gliding across a court as if he were a ballet dancer or watching the fury ('furia Española') of Rafael Nadal stroking a ball across court at 100 miles an hour.
I often fall asleep dreaming of a match with someone I have trouble competing against on the court (of course in the dream I win!) and define my life's progress as greater focus, discipline and concentration on -and off- the court. When I best compete I am happy and when I fail to do so in my mind I'm continually reviewing why.
The most important and entertaining book I've found on tennis is David Foster Wallace's 'String Theory'. I highly recommend it for anyone who has a passion for the game. I expect to be able to play tennis for the rest of my life. Right now I play doubles against a retired Coronel who is well past 80 and, although his knees and legs are not what they used to be he enjoys hitting the ball and competing as much as I do. I watch him and admire his diligence and fortitude. I hope one day, with better knees and leg strength to be out there on the court just as he is.