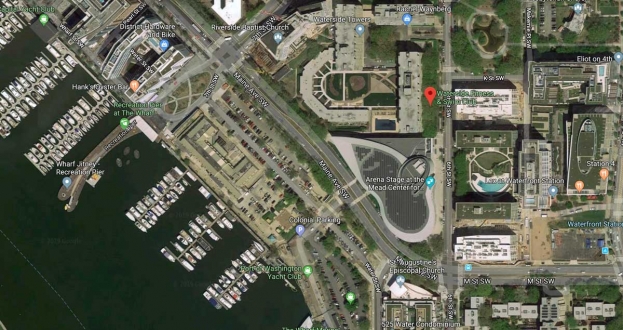 The East Potomac Park swimming pool is an outdoor, Olympic size pool used by families and lap swimmers since 1937. Located just across from the National Mall, near the Jefferson Memorial, I've used it for over 30 years. I would take my son and his friends there over the summer when they were kids. I also came to use it extensively during the summer for lap swimming as part of my weekly exercise routine. It was an important, vital part of my physical routine.

This pool has now been closed for 3 years. The promise was that it would re-open by this season, but it is no way near completion and the Dept. of Recreation has announced it will not open until next year. The project was undertaken because the pool had not had a major overhaul since it opened. Nevertheless, it has taken way too long to do the work. The DC Dept. of General Services has given ample excuses as to why it is not completed and yet the excuses sound empty.

Recently the scrappy news outfit; www.thedcline.org has written a story about the pool fiasco where I am featured as one of the sources. You can read it here:
https://thedcline.org/2019/06/28/closed-now-for-a-third-summer-due-to-construction-delays-east-potomac-pool-set-to-finally-reopen-in-2020/
I'd like to thank DC Line for the interview and for their accurate quotes of me. It is no longer possible to open this public pool this year, but the entire project could do with a thorough examination to make sure this type of delay and backlog doesn't happen again.

RT @atrupar: "That's why we need a dictatorship ... force the people to believe what we believe" -- Maddow put together quite the Nick Fuen…