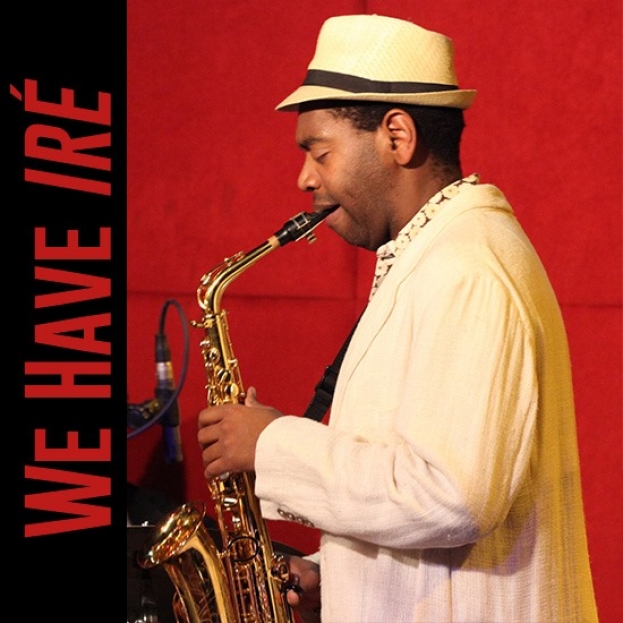 There is an exuberance of talent in the cabaret; "We Have Iré", showcased this past weekend at GALA Theatre. An abundance of powerful artists who dance, sing, recite poetry, perform hip-hop, play jazz and timba and typical Cuban music... A dizzying whirlwind of rich, cascading voices. It was almost too tiring to watch.

The project originates with Paul Flores, a west coast Cuban poet at the heart of the concept. It revolves around two stories one of a Cuban woman and family trying to escape the island and the other of a Cuban émigré returning home. Add to that a 'kick-ass' jazz band headed by the incomparable Yosvany Terry, a major Cuban contemporary jazz artist; Christin Eve Cato a soulful sister who sang 2 beautiful ballads, DJ Leydis who transforms into the Goddess Yemaya and a sexy, provocative dance group that does a mix of Cuban folk dance, modern jazz and Brazilian capoeira. Oh, and did I mention Ramon Ramos Alayo and Denmis Bain Savigne who very capably danced and recited. Whew! So much stuff!

With less than one half of the show presented here at GALA on Friday and Saturday night you could build a full Broadway musical. It was too much!! Just when you enjoyed a sax solo from Yosvany it was gone. When Ms. Cato finished her ballad you wanted to hear another. When Paul Flores spoke of his experiences you wanted him to slow down and tell you more. When you watched the dance numbers you wanted them not to stop.

The Director, Rosalba Rolon has some experience with this type of show. It is similar to the recent, 'Dancing in my Cockroach Killers' which premiered at GALA that she directed a while back. 'Iré' seems to me to be in need of some editing, perhaps a few less intriguing talents and a more focused approach. Mind you it was a glorious fun filled night and this reviewer enjoyed himself immensely, but there were too many loose strings, you couldn't take them all in.
Am always so amazed at the versatility and challenges GALA Theatre takes on. They are truly becoming a National Performing Center. 'Iré' follows a week of movies from Latin America and in less than a month comes the traditional 3 Kings celebration. The Theatre is always on the move and deeply involved in the community.

It's such a shame that more people don't know about GALA and don't attend. It is a cultural jewel here in the nation's capital and produces enough enjoyment for one to visit more than 36 times a year. We should begin a 'Fundme' campaign to raise money for GALA so they can market their product stronger and farther. This theatre is glorious!