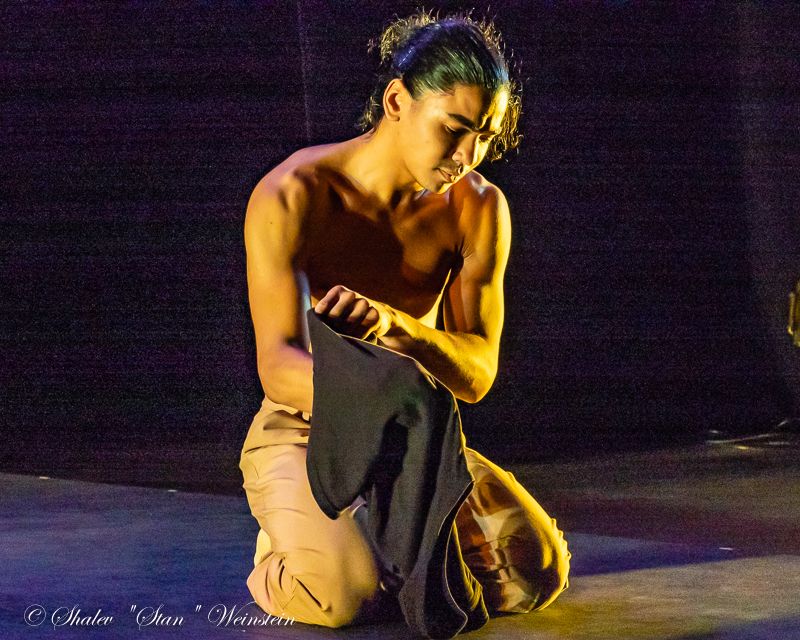 The two finest dances of the evening were the solo performance of Orellana, in a ‘petenera’ titled, ‘Inherente’, that reminded this viewer of the great flamenco dancer, Joaquin Cortés. Lithe, tall, with long arms and a graceful, balletic bearing, Orellana danced with a combination of soft, flowing ballet movements and graceful, almost feminine pirouettes and glissandos. The haunting melody of the cello and the soaring dirge-like background chant made for an austere, passionate composition! 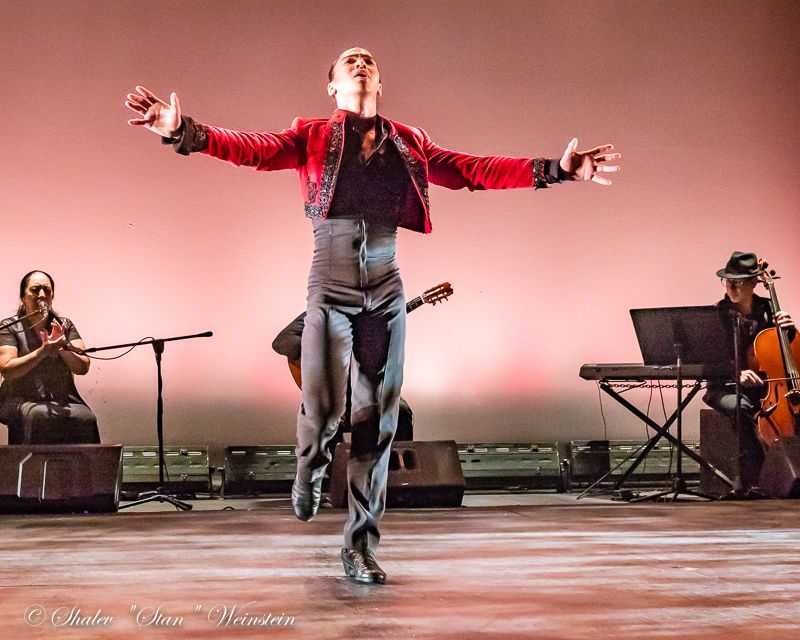 The Brazilian, Gabriel Matias, followed Orellana with an intriguing ‘farruca’ styled piece titled, ‘Claroscuro’. Gabriel’s face has a distinctly feminine softness and his sheer, body colored pants and hip thrusting, bare chested movements emphasized a combination of male/female energy. He ran barefoot across the stage in a haunting vulnerability that once again, fused both male & female energies. 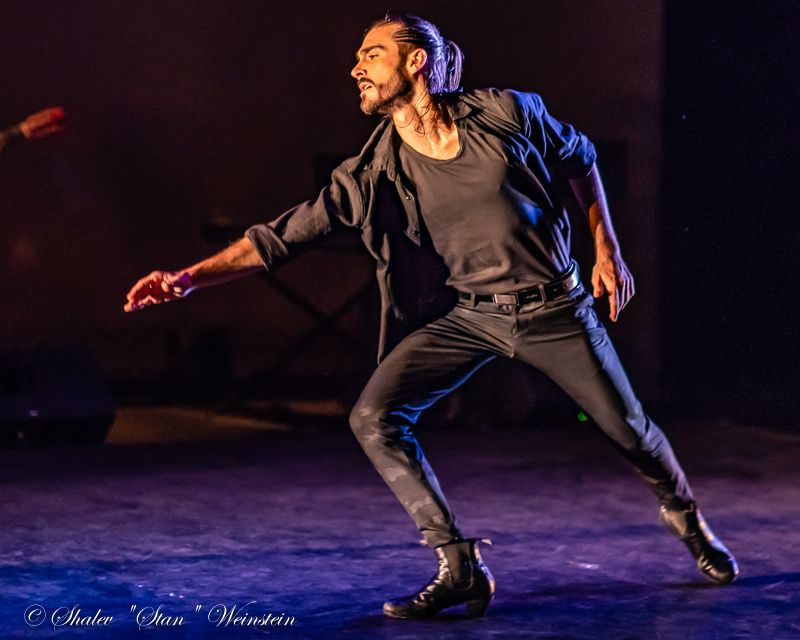 In fact, Aparicio Dance Company has chosen this niche for themselves. An emphasis on male dancers, an exploration of homoerotic themes and a furious display of both gentleness, resigned desperation and anger. Certainly both ‘Inherente’ and “Claroscuro’ are paeans to these feelings. The homosexual tradition in flamenco is quite common and dates back through centuries of flamenco folklore. 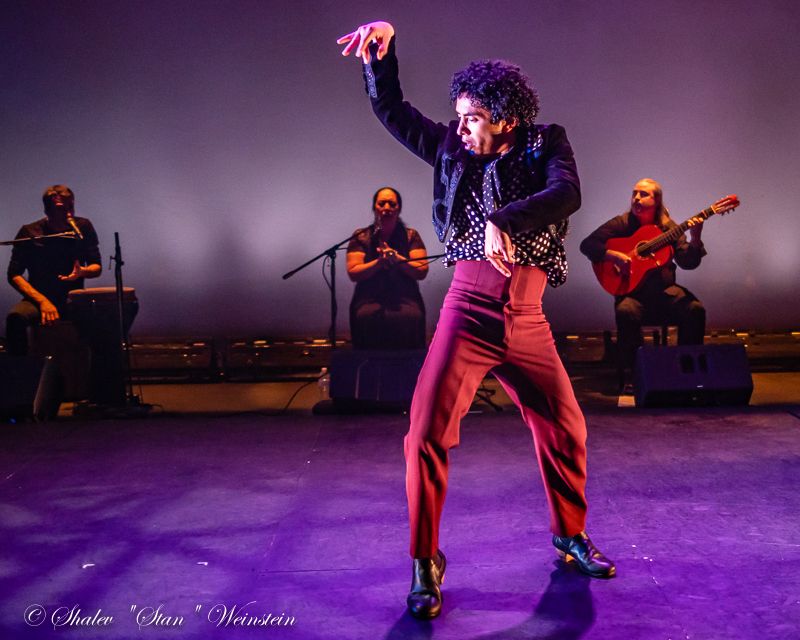 Join GALA for the final weekend of the 2022 Fuego Flamenco series November 10-13 when they welcome Flamenco Spain Arts and Culture, directly from Madrid, with their spectacle ‘Alejandra’. This should be the climactic ending to what has been a very good flamenco season at GALA.