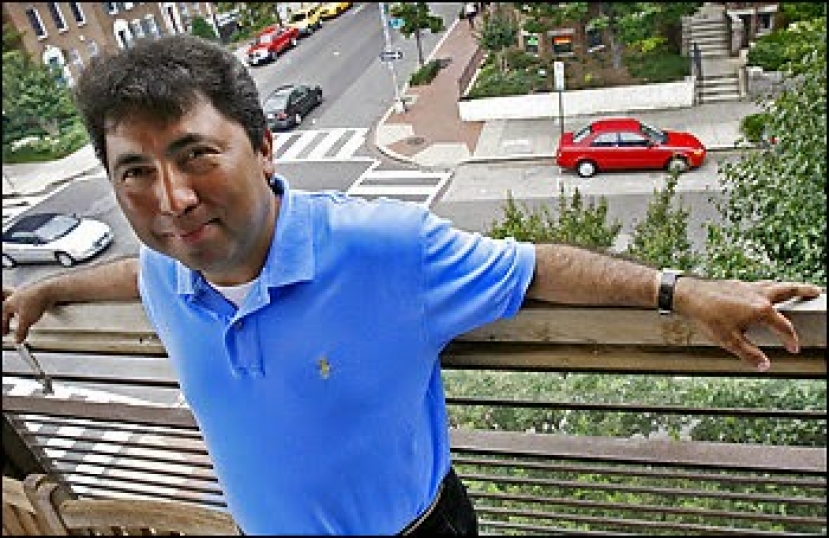 This article originally appeared in INC. Magazine, written by Alexandra Starr. We post it on Metrodiversity as a fitting tribute to our friend and community leader, Luis Reyes.

Lauriol plaza, in Washington, D.C., is one of those restaurants where it's hard to hear your voice over the din by 6 p.m. Salsa music blares. Waiters yell out to one another as they hoist platters of sizzling fajitas over their heads. The bar is packed with revelers armed with table beepers and margaritas the size of small fishbowls.

A few years back, an elegant female patron, infuriated about the long wait for a table, demanded to speak with the owner. Luis Reyes approached and introduced himself.

"I asked to speak with the owner," the woman said.

The woman gave the moon-faced, mocha-skinned proprietor a once-over and shook her head. "You can't be the owner," she told him.

Lauriol Plaza workers have taken such relish in recounting the anecdote that it's become folklore in D.C.'s Salvadoran community. It's not hard to see why: It demonstrates how little separates them from their boss. Reyes, the co-owner of Lauriol Plaza and a sister restaurant called Cactus Cantina, may be a millionaire whose establishments have served local celebrities such as Al Gore, Bill Clinton, and Michelle Obama. But he started out just like his workers, a poor immigrant washing dishes.

It's a poignant rags-to-riches tale, but it doesn't end there. Not only has Reyes built a successful business in his adopted country; he has become a political kingmaker in his native one. He and a group of Salvadoran expat entrepreneurs played a key role in dislodging the right-wing National Republican Alliance, or ARENA, from power in 2009, ushering in the first progressive government in the country's history. And Reyes, who fled El Salvador's crippling poverty at 16, is now considered potential presidential material himself.

Reyes had long sought to upend his nation's political culture. In the early 1980s, he nearly returned to join the guerrilla army waging war against an often-brutal military government. Back then, it seemed that change would come only through force. Instead, he stayed behind and became a successful restaurateur. He couldn't have known it then, but taking that route positioned him to play the influential role he craved.

"It gave me a chance to help in a different way," Reyes tells me with a sly smile. "It turns out I was worth more alive."

Reyes left El Salvador in 1977, with $150 sewn into his jeans pocket. The $450 he had paid a coyote to smuggle him into the States proved a bad investment: The man abandoned Reyes and 54 others in the desert outside Piedras Negras, Mexico, near the Texas border. After going without food for five days, Reyes and four others decided to go forward on their own. Read full post>>

More in this category: « #IBS 2018 by NAHB Small Construction Businesses & Opportunities in the DC Market »