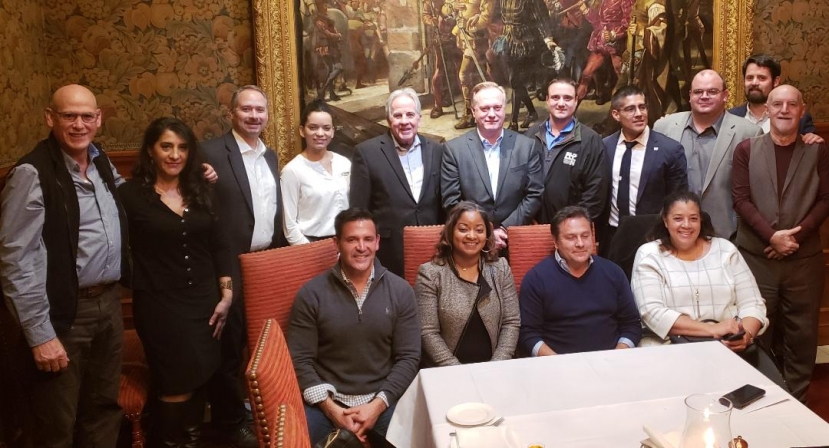 At the level of the construction site -those who actually build things- Hispanics are a dominant force in the construction industry in this country. We are the skilled trades people, the laborers, the small sub-contractors and the ones who clean up after it's done. But rarely, if ever, do we participate in the decision making process, in the mega-deals that get made every day or, most importantly, the enormous profits the industry produces.

Latinos are a tiny minority in the Board rooms and the executive offices where decisions are made as to what, how and when to build. Those who run matters, the CEO's, the corporate officers, even the project managers and superintendents rarely reflect the work force they depend on.

Let's put this into perspective. The 'Building Industry', defined here as the largest General Contractors in the country (and in the world, usually), the ones who actually build things either as project owners or hired by governments and/or private entities to build things -housing, infrastructure or commercial properties.

They consist of highly profitable, mega-corporations in the billions of dollars. Well over 50% of the onsite, line workers in this industry who actually do the building are Latinos and a substantial amount of sub-contractors nationwide who work with these large firms are Latino owned.

When we say there is a need for greater diversity in the industry we mean the mega GC's need to hire more of our smaller, sub-contractor firms and, in cases where there are public monies involved, break the glass ceiling which caps projects led by Latino firms and hinders their growth. We need more training so these smaller companies can handle bigger contracts as well.

Let's define the Building Industry as General Contractors who generate anywhere from 3 to over 30 billion dollars in gross income per year. Those we have been able to define -and there are more- as top grossing entities (just a random sampling) are: Bechtel, Turner, Gilbane, Clark, Hensel Phelps, Whiting Turner, Balfour Beatty, Skanska Construction companies, etc., the Walsh Group and let's not forget Fluor, biggest of them all. ALL of these companies hire a majority or close to that of line workers who are Latinos.

A couple of points here:

Here is an estimated breakdown of the gross revenues for most of these companies from 2018 (source: Statista.com, see link included at the end*):

Since 2018, with the boom in construction, these companies have now increased on those revenues by 20-30%.

Whereas these companies are not as 'sexy' as large consumer oriented businesses such as Home Depot or Lowes, they hire many more Latino employees and have a much greater impact on the Latino community than those firms, by a factor of 3 or 4 times that amount. So I repeat, they may not appear on the Fortune 500 list or compete for consumer dollars, but their impact is felt more deeply by our community than almost any other industry. And we do nothing to call them out for not paying close enough attention to our community.

Here are some of the problems we face:

We suffer from the same barriers and discrimination in this industry as in many others with the exception that very few pay attention to this problem. Barriers and discrimination that our community has so effectively attacked in other industries is absent here. This is where the need is and where our national advocacy community can provide leadership and breakthroughs.

More in this category: « Latinos and OSHA for Construction Concentrated Wealth Is Worse Than You Think »