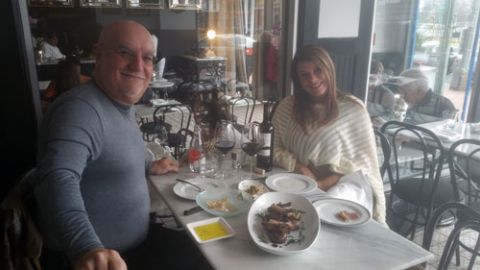 There is a new Spanish restaurant on Capitol Hill with the original title of, "Joselito; Casa de Comidas". It is a sparse, airy space with simple marble tables and first hand view of Pennsylvania Ave. The owner is Javier Candon who also owns SER Restaurant in Arlington. The concept is a menu of Spanish staples served in a nouveau cuisine style. Spain's rich culinary scene has given way to a great many modern variations of typical Spanish food. At Joselito there are Sardines in a frothy cream sauce and 'boquerones en vinagre' (small sardines in vinegar) covered in a tapenade which includes mushrooms and olives. We also tasted a very modern version of 'huevos rotos' (broken eggs) served in Spain with french fries, here with grilled baby shrimp.

Spain Arts & Culture (www.spainculture.us), a new and rising force in Spain's cultural diplomacy arsenal, is putting together an unprecedented calendar of performances throughout the United States in 2017. Here in Washington they've been active for some time at the 'Former Residence of the Ambassadors of Spain', a distinguished mansion on 16th St. NW which is ideal as an exhibit space and includes an intimate performance venue and lovely patio for cocktail receptions as well. Spain/culture.us has grown into an interesting force for the promotion of cutting edge architecture and design, photography and art exhibits, literary soirees and plenty of classical and popular music from Spain. 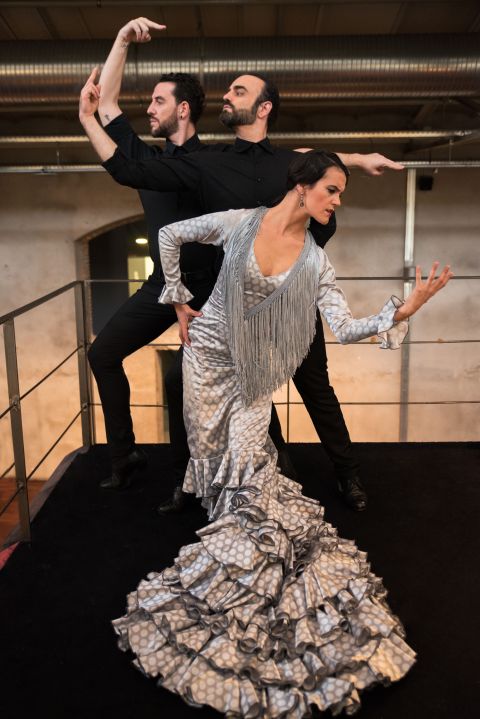 It has been twelve years now since Madrid's; "Fundacion Conservatorio Flamenco Casa Patas" began sending flamenco groups to GALA Theatre and on U. S. tours. Each year they design a new project and perform some of the most innovative and ingenious flamenco shows you will ever witness, with brilliant musicians and top notch performers. The shows are always intimate mixtures of polished dancers, fine musicians and the most typical singers of the idiom bringing to life the feeling and passion of Andalucía.

RT @ThePubliusUSA: The latest Bolton allegation is unsurprising. What is most shocking, though, is that it all but confirms the Kurds were…

RT @Karin16009316: @justinamash @BoltonTestimony Because they didn't really give a rats behind about Hunter Biden, it's called 'total distr…

RT @JRubinBlogger: Give Trump tweets and ill-advised, privilege-waiving comment from Mulvaney I would say WH is in total panic

RT @KevinMKruse: A story that’s been debunked by several of Trump’s own appointees.

RT @joncoopertweets: Mitch McConnell didn’t know that the Trump administration had an advance copy of an explosive manuscript by John Bolto…

RT @ericgarland: Wait, John Bolton Super PAC in the 2016 cycle took millions directly from Robert Mercer? Wow, he's one of the most at risk…