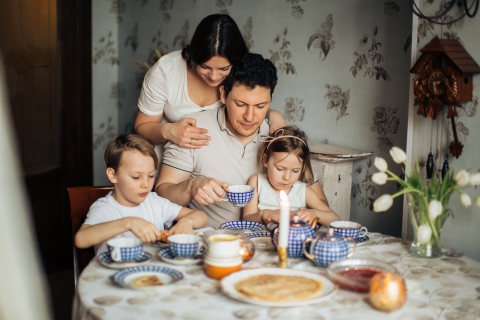 It’s 5 p.m. on who can tell which day, and instead of rushing from work to kids’ activities, I’m unpacking a box of produce while my 7-year-old peels carrots beside me. Rather than grab what we can from the fridge on the way to soccer practice, my family is all sitting down together to a homemade vegetarian meal. On the menu tonight: cauliflower lentil tacos.

Before you get the wrong impression that everything’s going swimmingly at my house, it’s not. But as a registered dietitian and a mom, I’m noticing a few noteworthy patterns amid the pandemic, both in my own family and in what my clients report every day. Some of these food-related behavior changes have the potential to become new habits with long-term benefits. Here are five eating-related behaviors I hope endure beyond the pandemic.