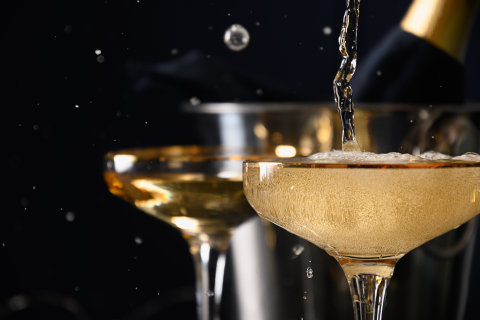 Drinking beer and spirits is linked to elevated levels of visceral fat – the harmful type of fat that is associated with an increased risk of cardiovascular disease, metabolic syndrome, and other health complications – whereas drinking wine shows no such association with levels of this harmful fat and may even be protective against it, depending on the type of wine consumed. In fact, we found that drinking red wine is linked to having lower levels of visceral fat. These are some of the key takeaways of a new study that my colleagues and I recently published in the Obesity Science & Practice journal. 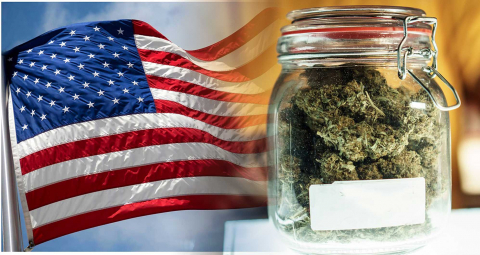 Banking activity in the first four U.S. states to make recreational marijuana legal grew significantly more than in other parts of the country despite federal laws that prohibit financial companies from any involvement with cannabis, according to our new study.

This isn’t to suggest that banks illicitly benefited from the burgeoning pot business by taking deposits from cannabis companies or giving them loans. Our data doesn’t back that up – and those practices remain illegal under federal law. Rather, we believe our findings suggest legalization may have spurred more economic activity generally

Using data from regulatory filings, we compared the deposits and loans of banks in the first four legalizing states – Colorado, Washington, Alaska and Oregon – with those in every other state. We examined quarterly bank data from 2011 to 2017, which covers several years before and after legalization was enacted in all four states.

To ensure that we captured the effect of legalization on deposits and loans and not other possible factors, we adjusted our data to account for other differences among banks and states that may have influenced these trends.

We found that bank deposits grew, on average, an additional 4.3% in those four states after they legalized marijuana relative to states that had not yet done so. The volume of loans surged 6.5% more in states where marijuana was legal.

These findings suggest banks were either unconcerned about the potential risk associated with accepting cannabis-related deposits or optimistic about the chances that regulations will adapt to the needs of legalizing states. These findings are significant because every dollar of new deposits increases the lending supply, which can help economywide financing, growing more than just cannabis businesses. 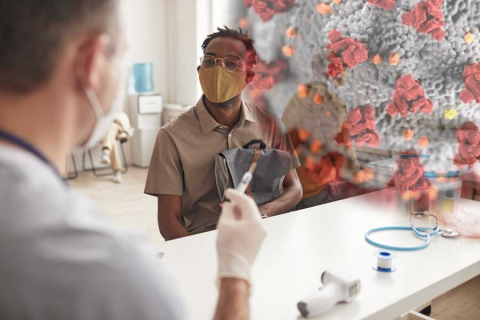 In the short time since the omicron variant was identified in South Africa in November 2021, researchers have quickly learned that it has three unique characteristics: It spreads efficiently and quickly, it generally causes milder disease than previous variants and it may confer strong protection against other variants such as delta.

This has many people wondering whether omicron could act as a vaccine of sorts, inoculating enough people to effectively bring about herd immunity – the threshold at which enough of the population is immune to the virus to stop its spread – and end the COVID-19 pandemic.

As immunology researchers at the University of South Carolina who are working on inflammatory and infectious diseases, including COVID-19, we find the characteristics of omicron in the pandemic setting particularly intriguing. And it is these characteristics that can help answer that question.

Some 4.73 billion people across the globe – about 61.6% of the world’s population – have received at least one dose of a COVID-19 vaccine. In the United States, 63.4% of the population is fully vaccinated with two doses as of late January 2022, while only 39.9% of Americans have received the booster dose. Such low levels of vaccination resulting from vaccine hesitancy and the complexities of the global vaccine supply chain cast doubt on reaching herd immunity through vaccination anytime soon.

How does omicron mimic a vaccine?

All vaccines work on the principle of training the immune system to fight against an infectious agent. Each vaccine, regardless of how it is made, exposes the human or animal host to the critical molecules used by the infectious agent – in this case, the SARS-CoV-2 virus – to gain entry into the host’s cells.

Some vaccines expose the host only to select portions of the virus. For example, the Pfizer-BioNTech and Moderna vaccines use a molecule called messenger RNA, or mRNA, to encode and produce a fragment of the “spike protein” – the knobby protrusion that is expressed on the outside of SARS-CoV-2 viruses – inside a person’s body. These spike proteins are the key way that the coronavirus invades cells, so the mRNA vaccines are designed to mimic that protein and trigger an immune response against it.

In contrast, some vaccines against other infections, such as chickenpox and measles, mumps and rubella (MMR), expose the host to a “live attenuated” form of the virus. These vaccines use small amounts of a weakened form of the live virus. They mimic a natural infection, trigger a strong immune response and afford lasting resistance to infection.

In some respects, omicron mimics these live attenuated vaccines because it causes milder infection and trains the body to trigger a strong immune response against the delta variant, as shown in a recent study that is not yet peer-reviewed from South Africa.

Deliberate infection with omicron is not the answer

While omicron may share certain characteristics with a vaccine, it should not be considered a viable alternative to the existing vaccines. For one, COVID-19 infection can result in severe illness, hospitalization or death, especially in vulnerable individuals with underlying conditions. It can also cause long-term health effects in some people, called long COVID. In contrast, vaccines currently available against COVID-19 have been tested for safety and efficacy.

The high transmission of omicron combined with ongoing vaccination efforts could help attain herd immunity soon and end the most acute phase of the pandemic. However, there is little chance of it eradicating COVID-19, since all signs point to the likelihood that the virus will become endemic – meaning SARS-CoV-2 will be in circulation but will likely not be as disruptive to society.

Thus far, smallpox is the only infectious disease that has been eradicated globally, which shows how difficult it is to fully eliminate a disease. However, it is easier to control an infection effectively. One example is polio, which has been reduced or eliminated in most countries through vaccination.

What happens when the body meets a virus or vaccine

Both viral infections or the mimicking of a virus through vaccination activate a critical component of the immune system, called B cells, in the body. These cells produce antibodies that bind to the virus, preventing it from infecting cells. These antibodies act much like anti-ballistic missiles that shoot down an incoming virus missile. However, once a virus manages to get inside the body’s cells, antibodies are less effective.

That’s where another key player in the immune system, called killer T cells, come in. These cells can recognize and destroy a cell as soon as it is infected, thereby preventing the virus from multiplying and spreading further. Think of this as an anti-ballistic missile that detects and destroys the factory where missiles are manufactured.

Immunologists believe that antibodies against COVID-19 prevent an individual from catching the infection, while the killer T cells are crucial in preventing severe disease. Despite its numerous mutations, omicron can trigger a strong killer T cell response. This may explain why the COVID-19 vaccines – by triggering the T cells – have provided strong enough immunity against omicron to, in most cases, prevent hospitalization and death.

But, critically, the first wave of antibodies and killer T cells produced during infection or vaccination last for only a few months. This is why recurrent infections of COVID-19 have occurred even in the vaccinated population, and it’s also why booster shots are needed. In contrast, some vaccines – like the one against smallpox – have been shown to trigger immunity that lasts for several years.

So what exactly triggers strong and lasting immunity? The lifelong immunity seen in certain infections such as smallpox can be explained by a phenomenon called “immunological memory.”

After the B cells and killer T cells first encounter the virus, some of them get converted into what are called memory cells, which are known to live for several decades. As their name suggests, when memory cells “see” a virus again after initial exposure, they recognize it, divide rapidly and mount a robust antibody and killer T cell response, thereby preventing reinfection.

[Over 140,000 readers rely on The Conversation’s newsletters to understand the world. Sign up today.]

For this reason, memory cells are critical for establishing strong, long-lasting immunity. This is evidenced from studies with smallpox in which people that were infected or vaccinated were found to have the antibody response even after 88 years! Why some infections or vaccines trigger long-lasting memory and others do not is under active investigation. Because COVID-19 is only two years old, we researchers don’t know yet how long the memory B and T cells last. Based on recurrent infections, it looks like longer-term immunity does not last very long, but that could also in part be due to the evolution of new variants.

All of these considerations leave room for hope that when new variants of SARS-CoV-2 inevitably arise, omicron will have left the population better equipped to fight them. So the COVID-19 vaccines combined with the omicron variant could feasibly move the world to a new stage in the pandemic – one where the virus doesn’t dominate our lives and where hospitalization and death are far less common.

Autumn is here, and that means the risk of hitting deer on rural roads and highways is rising, especially around dusk and during a full moon.

Deer cause over 1 million motor vehicle accidents in the U.S. each year, resulting in more than US$1 billion in property damage, about 200 human deaths and 29,000 serious injuries. Property damage insurance claims average around $2,600 per accident, and the overall average cost, including severe injuries or death, is over $6,000.

While avoiding deer – as well as moose, elk and other hoofed animals, known as ungulates – can seem impossible if you’re driving in rural areas, there are certain times and places that are most hazardous, and so warrant extra caution.

Transportation agencies, working with scientists, have been developing ways to predict where deer and other ungulates enter roads so they can post warning signs or install fencing or wildlife passages under or over the roadway. Just as important is knowing when these accidents occur.

My former students Victor Colino-Rabanal, Nimanthi Abeyrathna and I have analyzed over 86,000deer-vehicle collisions involving white-tailed deer in New York state using police records over a three-year period. Here’s what our research and other studies show about timing and risk: