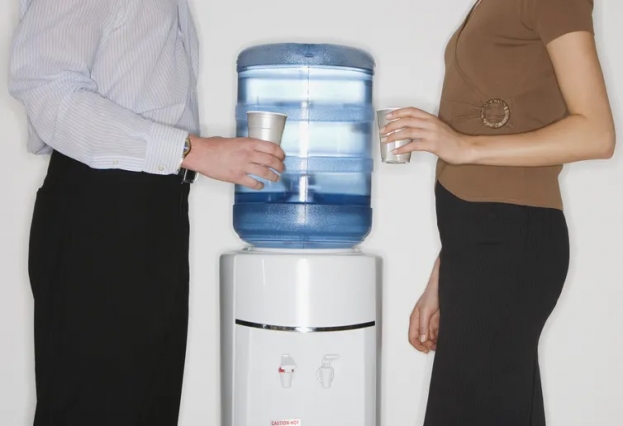 Don’t worry, an innocuous chat by the water cooler won’t get you fired. Tetra Images/Getty Images

One of the consequences of the #MeToo movement is a simmering male anxiety that a harmless chat by the water cooler might somehow end in a harassment complaint to HR – or worse.

Though the trial offers his accusers a chance to tell their story under oath, it also gives Weinstein a platform to push back. Even before the trial, one of his lawyers characterized #MeToo as a movement that “strips you of your right to due process … and the presumption of innocence.”

Weinstein’s lawyers undoubtedly hope they are tapping into the latent fears of the seven men on the jury and a broader cultural narrative.

But are those fears justified?

As a law professor who specializes in harassment law, I have heard from lots of men – and sometimes women – who worry they might accidentally harass someone.

To be honest, it kind of drives me crazy. Here’s why.

Let’s start with the legal definition of workplace harassment under Title VII of the Civil Rights Act.

In fact, the Supreme Court has gone out of its way to clarify that harassment law is not a “civility code” and that behavior needs to be evaluated in context. The late Justice Antonin Scalia wrote, “A professional football player’s working environment is not severely or pervasively abusive … if the coach smacks him on the buttocks as he heads onto the field even if the same behavior” would be abusive in an office. What’s normal on a football field is different than what’s appropriate elsewhere.

In other words, for your conduct to be bad enough to qualify as harassment, you can’t really do it by accident. You’d have to make some pretty bad choices along the way.

Yes, theoretically, you could accidentally grope someone while slipping on a banana peel. Even then, it would not necessarily qualify as harassment because it’s not gender-based or abusive under the circumstances. It’s just falling down.

Part of the misunderstanding is a result of how harassment is portrayed in corporate harassment trainings.

Training programs tend to suggest that a wide variety of conduct could potentially be considered harassment. They imply that harassment can occur at any time, including while dealing with customers, at an off-site lunch or by overhearing offensive language from others.

Having reviewed dozens of harassment trainings, I find this messaging somewhat understandable. Companies want to deter harassment, so the safest approach is just to tell people not to do anything that might even remotely resemble illegal harassment.

Corporate trainers may also be trying to deter bad actors who might otherwise hope that there is some sort of harassment loophole – like if they harass someone only on a business trip, it doesn’t count.

Likewise, in a 2003 study, Yale Law professor Vicki Schultz reviewed corporate harassment policies and found that they tended to define harassment very broadly and emphasize sexual misconduct. In my experience, companies use broad language as an insurance policy of sorts, intended to give human resources some room to warn wayward workers to cut it out before a problem escalates.

The cost of avoidance

Corporate messaging that dilutes the definition of harassment can have unintended side effects.

It suggests to more prudent male workers that inadvertent harassment lurks around every corner. These workers might conclude they’re better off barricading themselves in an office and avoid contact with anyone – especially if that anyone is a woman.

And an avoidance response can do real damage to women’s careers. A survey by management professor Leanne Atwarter found that post-#MeToo, 27% of men “avoided one-on-one meetings with female colleagues,” while a recent study by LeanIn.org found that 60% of male managers expressed discomfort in “mentoring, working alone or socializing together” with a woman. And still another study estimated that about one-third of the gender wage gap may be attributable to men’s increased willingness to socialize with male subordinates.

Accused harassers like Harvey Weinstein have a vested interest in portraying themselves as victims who found themselves in this predicament through no fault of their own. When they can’t deny the behavior itself, the only option left is to claim their behavior was misunderstood or consensual.

The reality is that employees go out of their way to avoid complaining to HR about harassment because the complaint puts them at risk of retaliation. And HR does not like firing people unless they have determined that you are a walking liability that can’t and won’t change. Behind every man who claims to have been tossed to the curb on a thin pretext, there is often a thick but undisclosed personnel file that says otherwise.

Yes, companies should be more transparent about what their harassment policy means and how they apply it in practice. But it’s up to the rest of us to confront the harasser-as-victim narrative with a healthy dose of skepticism.