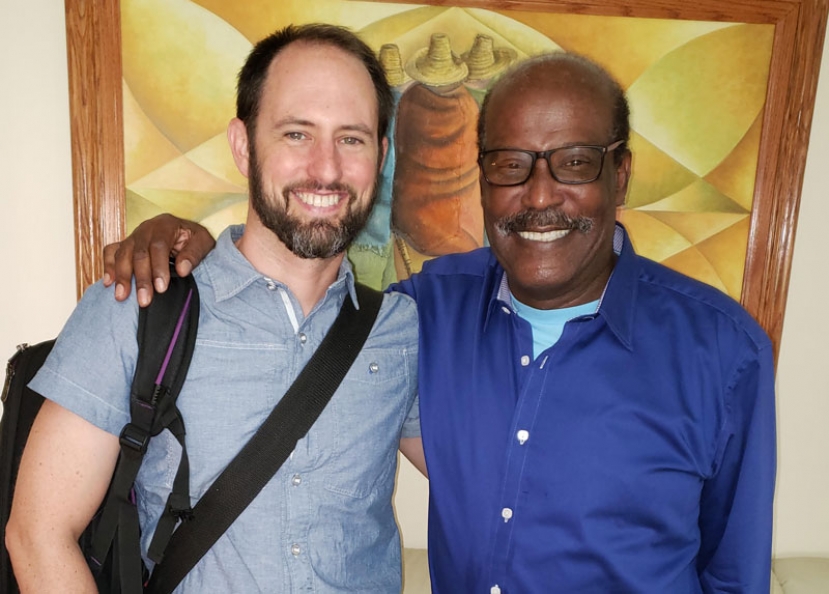 It has given me great joy to once again share time, energy and affection with Daniel and Coco Bueno. For over 14 years as Publisher of El Latino, 'Danny' was my landlord, primary advertiser and contributor to the newspaper. He was also a great friend and mentor. Throughout my adult life I've had many an occasion to spend magical moments with them. I've known Daniel since he began his remarkable journey as the Latino community's premiere music impresario and businessman. As home grown as you can get, Daniel Bueno has risen from the guy who sold records out of boxes on the corner of Park Rd. & 14th St. and door to door to his neighbors, to becoming the foremost music promoter and in the history of DC's Latino community and a retail business owner with close to 8 'Zodiac' stores at one point. Every major Latino music artist of the era has performed or been friends with Daniel. The list of artists he's responsible for promoting and supporting is endless. However, what he and Coco are really famous for is their support and management of Salvadoran artists such as the iconic, "Hermanos Flores".

The reason I've had the privilege of spending time once again with this couple is thanks to the Smithsonian Latino Center. This relatively small office at the nation's national museum has an extraordinary program that chronicles DC Latino History. The program documents various aspects of the development of what is the most recently formed Hispanic community in the U.S. The remarkable growth of the Hispanic community in the Washington region stems from the migration of Central Americans in the late 70's & 80's. The Latino community of the Washington region went from 10 thousand 'Spanish speaking' residents in 1960 to close to a million in 2010. Approximately 1 out of every 6 residents in this area is of Latino origin. The Latino community was formed in just 50 years, just 2 generations ago.

Patrick Scallen, professor at Georgetown University, fellow at the Smithsonian and neighbor of Mt. Pleasant (see photo) joined me to record the history of this delightful couple and we now have a few more activities planned. The Smithsonian will archive the audio interview with the Buenos and in the Fall, so that this treasure trove of remarkable memories can be shared w/the entire community, we'll be hosting a public event entitled; "The Life & Times of Daniel & Coco Bueno". As usual with Daniel, there will be a few unexpected surprises at the event from this showman which we'll unveil as time goes on. We're hoping for the support of the Mayor's Office on Latino Affairs and guests from the entertainment world.
We have also submitted a proposal for the DC History conference held every year in November and we're hoping to present the Buenos to the academic and intellectual community then.
Stay tuned for more!!!

Daniel poses for a photograph with historian Patrick Scallen during recording sessions held at his home for the Smithsonian Institute's DC Latino History program.