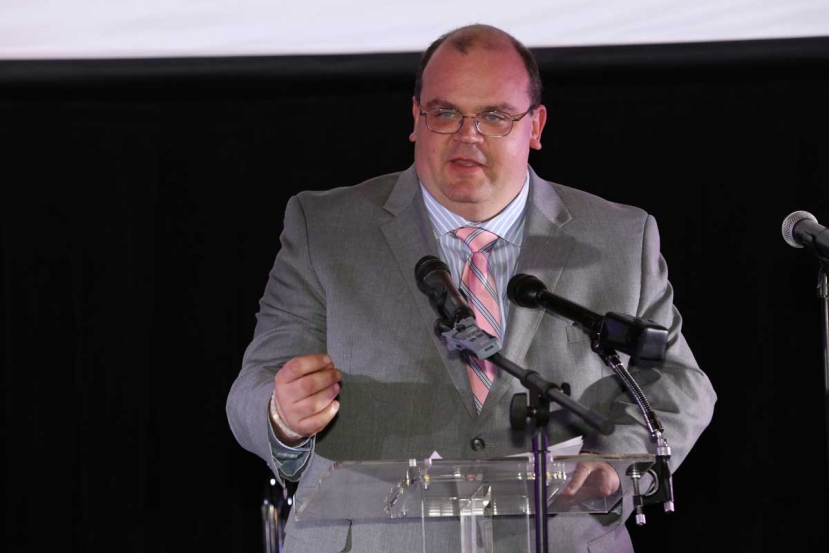 Metro DC Hispanic Contractors Association (MDCHCA) is proud to recognize the new CEO of the Baltimore/DC Building Trades Unions (BDCBT), Stephen Courtien, a close friend, brother and partner to our businesses. He has been a constant, steadfast supporter of diversity and the integration of minority, immigrant and Hispanic owned commercial construction firms into the industry. Stephen will now become the most important leader of the construction trades unions in the region. We've worked together with Mr. Courtien over the past decade. He's responsible for promoting and supporting our Contractors Association since the current regime began in 2013. He's largely responsible for our stability, growth and success.

Stephen has not only contributed to our growth, but has also supported projects such as Jose Ortiz Gaud's, 'Run Hope Work', workforce development program. He has fought for inclusion of our sub-contractors in public building projects and recommended our members to the larger General Contractors for work. He has guided many of our small businesses on how to grow and strengthen their companies. He has generously provided resources and consulting advice to those entrepreneurs we've referred to him over the years. Stephen Courtien is genuinely a good guy; honest, transparent, honorable and tough -a union leader his entire career.

BDCBT is a force for what is best in the construction industry; attention to safety, respect for workers and opportunity for all. Stephen Courtien has been committed to those ideals since we met him. A straight talker and person of incomparable integrity in dealings with our organization. We salute Stephen and pledge our support for his future endeavors as head of Baltimore/DC Building Trades. We look forward to many years of hard, honest work in favor of our workers and small commercial construction firms. 'Amigo' Stephen, good fortune and much success in your new position!