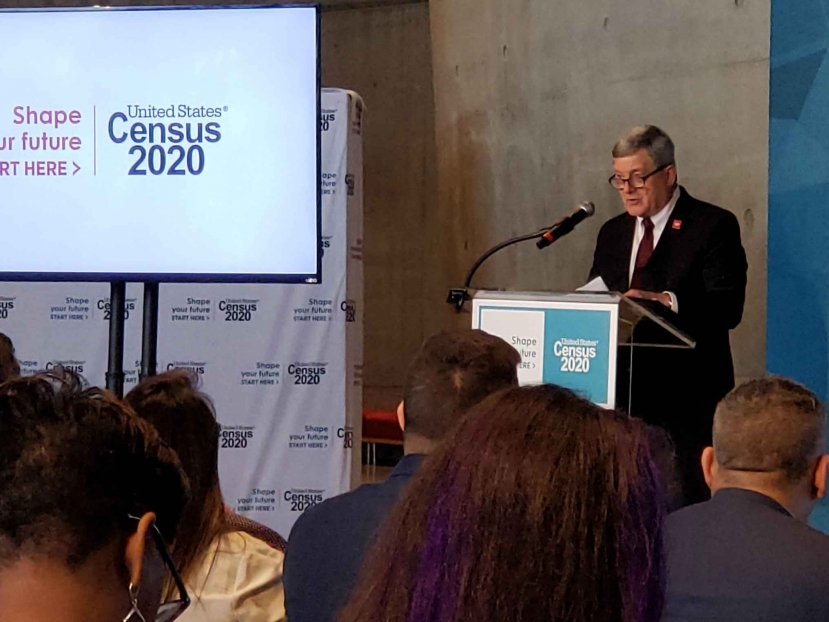 Today was an important date for the 2020 Census. Leaders from the Census Bureau, including the Director, Stephen Dillingham (see photo), gathered in Washington DC (at the beautiful Meade Center of Arena Stage) to lay out their public outreach strategy for the upcoming Census which formally launches April 1st, but has already begun.

Here's what they communicated about their media campaign:

The Census outreach strategy is multifaceted and intense. They appear to be making a historic, monumental effort to reach as many households and individuals as possible. With more than a thousand pieces of video in 12 different languages they plan to blanket the video marketplace by covering 99% of the TV & online streaming markets. Thirty percent of their advertising is now digital, a new record, with emphasis on diverse sites and blogs 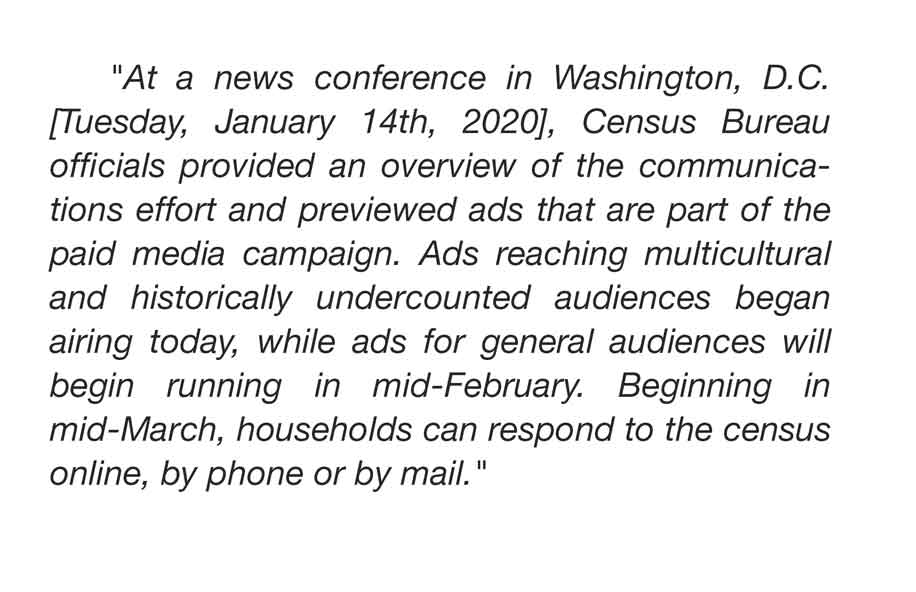 that reach the most difficult communities to target. They have also upped their game with Spanish language print and video outlets. (Full disclosure; this author attended the January 14th event representing the new National Latino Press Association).

Maria Olmedo Malagon, Program Manager of the 2020 Census Communications Campaign, oversees a $415 million communications campaign that encompasses paid advertising, public relations and events, social media, development of digital platforms and national and local partnerships. She explained that the Bureau has hired 1,500 community outreach workers who have been in their communities for over 3 years now, "A big change from past decades".

The Census Bureau has teamed up with 13 agencies; VMLY&R ('Team Y&R') - an advertising and communications team that has expertise with multicultural and historically undercounted groups. This 'Team Y&R' has tested the ads in multiple languages and in diverse focus groups across the country. 'Team Y&R' includes PSB, Wavemaker, Carol H. Williams Advertising Culture, G&G Advertising, The Kalaimoku Group, TDW&Co., VMLY&R Puerto Rico, Wavemaker Puerto Rico, Reingold, BCW (Burson, Cohn & Wolfe), DCG, and Guidehouse. (See photograph with this story of the 'Team Y&R standing in the front row being introduced from the stage). 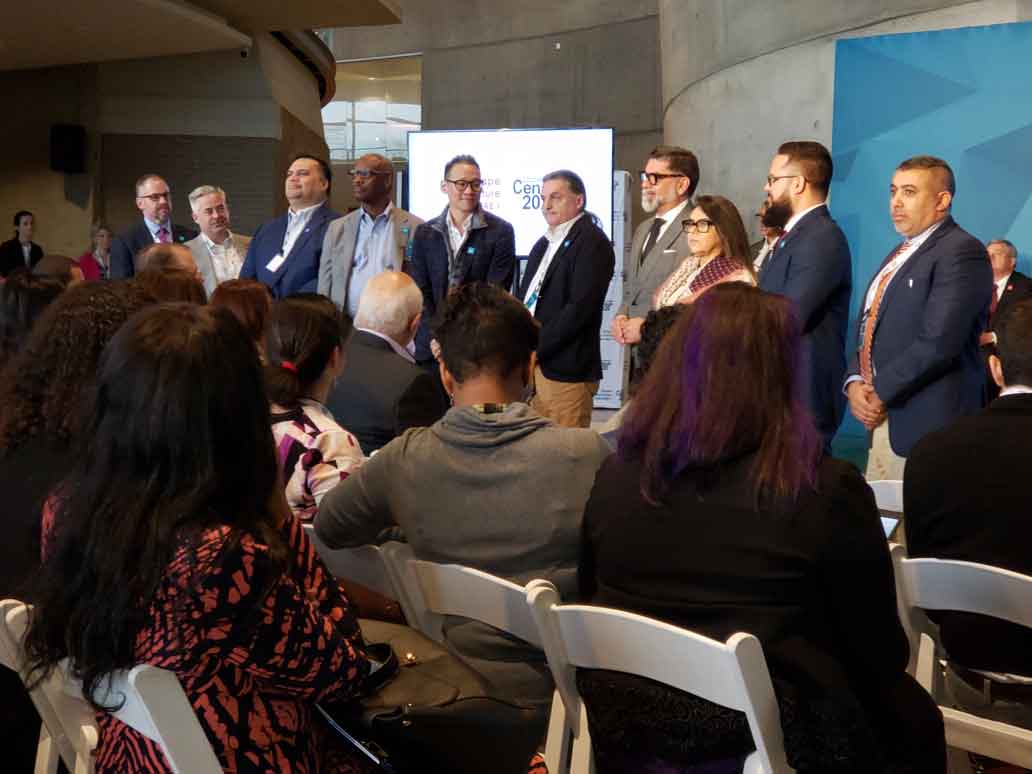 All in all it was an impressive coming out for the census. There was an exhibit at the Arena Stage space and an extensive question and answer period with journalists after the presentation. Repeatedly questioners asked about the infamous 'citizen question' episode and the commitment of the Census to make sure everyone is counted. The answers were positive and marked a concern and caring that everyone be counted that assuaged some of the media skeptics.

Here's what Director Dillingham had to say about it:

“In order to count every person in the United States, we need to build the team to help with the count. This is a national census and we need people in every state and community to make it a successful one,” Dillingham said. “Not only is this great work, but it’s a chance for people to be a part of our nation’s history.”

More in this category: « Joshua Lopez Joins Hispanic Contractors Assoc. Board of Directors Our OSHA 30 Training "en Español" Less Than 2 Weeks Away »