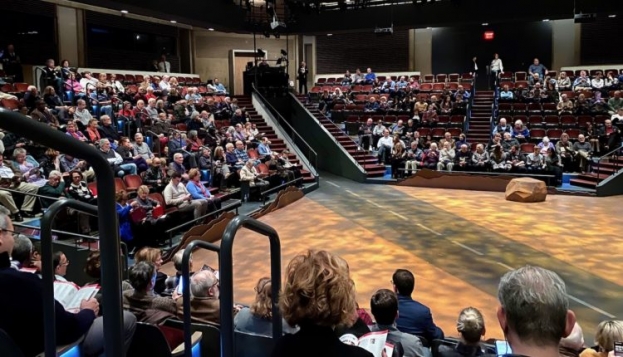 With Mayor Muriel Bowser set to begin reopening DC after the city’s weekslong closure amid a public health emergency, there are legitimate concerns about the future of our arts and culture industry, including artists and other personnel. Much attention has been paid during this pandemic to the plight of hotels, restaurants and small businesses. However, for the uninformed, nonprofit arts organizations are also businesses. They seem to have been treated as superfluous institutions or fillers to the economy.
They are much more than that, explained George Koch, who has been a leader in the arts and creative economy movement for more than 30 years. He argued the “theater industry” and the “performance industry” are “two important drivers that bring people to a community.”

Garland is the biggest disappointment of the Biden administration and arguably his most important cabinet member https://t.co/p6aHl6Ml4i

RT @SundaeDivine: Over the last 10 presidential administrations, 330 of 335 indictments for criminal offenses were against Republicans, but…

RT @AZ_Brittney: Raise your hand if you are still Ridin with Biden. I want to follow you!

RT @GovHowardDean: Franken from Iowa is only three points behind the fossilized Grassley who has a significant negative rating among Repub…

RT @ElectBlue2022: Russia is a terrorist country and Republicans are terrorists supporters!! See a connection?? #DemVoice1

RT @FearlessPAC: Gen Z is more energized than ever to turn out in November, but we need your support. We are a student-led organization fi…

RT @MayoIsSpicyy: Do you think members of the GOP will visit Putin again on the 4th of July?