The COVID-19 pandemic in the United States is the deepest and longest period of malaise in a dozen years. Our colleagues at the University of Vermont have concluded this by analyzing posts on Twitter. The Vermont Complex Systems Center studies 50 million tweets a day, scoring the “happiness” of people’s words to monitor the national mood. That mood today is at its lowest point since 2008 when they started this project. 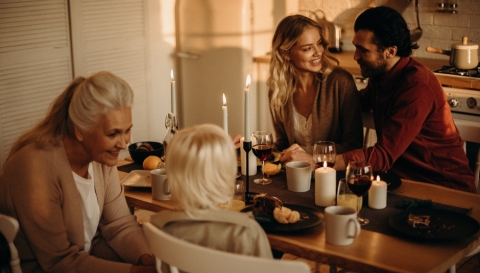 We found that parents who are stressed by having to help their children with distance learning during the COVID-19 pandemic drink seven more drinks per month than parents who do not report feeling stressed by distance learning. These stressed parents are also twice as likely to report binge drinking at least once over the prior month than parents who are not stressed, according to our results. Binge drinking, which varies by gender, is when women consume at least four, or men have at least five alcoholic beverages (which includes beer, wine, or liquor) within a couple hours of each other.

Given avocado’s popularity today, it’s hard to believe that we came close to not having them in our supermarkets at all.

In my new book “Avocado: A Global History,” I explain how the avocado survived a series of ecological and cultural close calls that could have easily relegated them to extinction or niche delicacy. Instead, the avocado persevered, prospered – and became one of the most Instagrammed foods in the world.

RT @doctor_eon: How mean of @neeratanden to speak out against *checks notes* price gouging by Big Pharma. #YesNeera

RT @fred_guttenberg: [email protected]SteveScalise is a pathetic sellout. His choice to continually disregard facts gets people killed, hanging with denie…

RT @Goss30Goss: Looks like Republicans in the Senate are judging President Biden's POC nominees much more harshly than white nominees.

Why, when we do this for all kinds of less crucial tasks, shouldn't these rules be imposed on Congress and the Sena… https://t.co/ruBPK2n31d

RT @Bill_Maxwell_: McConnell congratulated the GQP this morning for showing unity in their partisan efforts to block all progress.

RT @themattwalton: Just so we’re clear, this week alone, #FederalRegulations saved the life of every passenger on board #United328 & #Tiger…