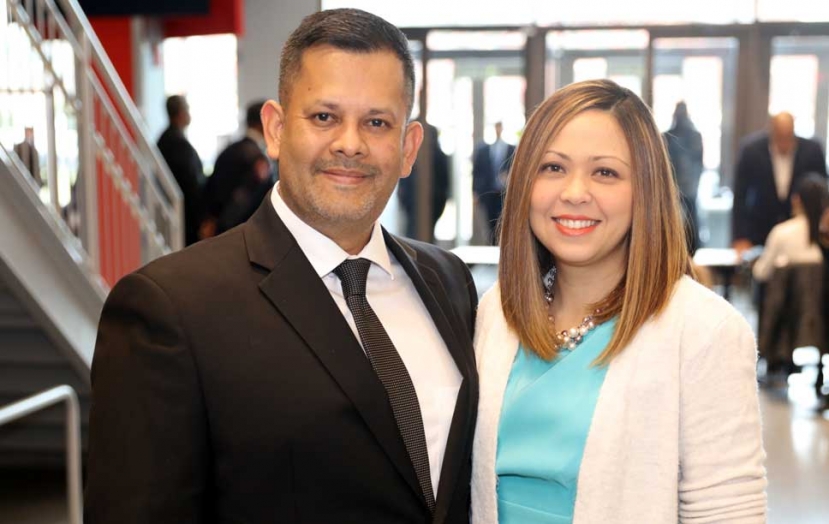 He arrived in the United States on March 3rd, 2001 with a backpack full of dreams much like other Salvadoran immigrants. Until one day, four years later, in the corner of a Centreville apartment, JPN Masonry was born and the construction world opened a new array of possibilities for Otto Madrid, now President & CEO of JPN.

Fifteen years later, what began with a single desk and computer in a shared apartment, now employs over 80 workers and has left its stamp on iconic buildings across Washington DC. JPN has contributed to school and hospital renovations, water treatment facilities construction and the building of the District's last two sports venues; the Entertainment & Sports Arena and DC United Stadium. His company now invoices over 10 million dollars a year and is renowned for its craftsmanship and outstanding service.

While his masonry enterprise is well on its way to becoming recognized as one of the most consequential construction trades services companies in the District, Otto is at the same time becoming one of its most formidable Salvadoran business leaders. He has been Vice President of Metro DC Hispanic Contractors Assoc. for the past three years, is part of a regional leadership group of Salvadoran business persons, nominated to the Board of the Greater Washington Hispanic Chamber of Commerce, member of trade missions to his native El Salvador and now, participating as an international election observer during the upcoming elections in his home country.

But what makes him most proud -and fulfills a lifelong dream- is his license as a 'Certified Flight Instructor'. Mr. Madrid has dreamed of becoming a pilot since he was a young man when he received military training in aviation. Although non-commissioned, he learned to fly when young and later took a job as Assistant Manager with a Central American airline. Even though unrelated to his dreams of becoming a career pilot, the experience with the airline only whetted his appetite for flying.

At 42, with a long journey of dedication to raising his family, building his business and representing the best of his community, Otto has realized his dream of becoming a professional pilot. Not only did the dream become a reality in the middle of the pandemic, but it also came with the added delight of Mr. Madrid qualifying as a Certified Flight Instructor.

"I am beginning a career that combines all the experiences of a lifelong journey obtained through construction, but now applied to pursue my passion for aviation and teaching others to love it". One of Otto's newest goals is teaching Central American youth from the area how to fly -airplanes that is. His passion for flying and his vocation for teaching make him an ideal educator. He sees teaching young Latinos to fly airplanes as a way out for them from a life of drudgery and low wages. Otto Madrid wants our Latino youth to reach for the sky.

"When you have a dream, your responsibility as a human being is to pursue your dream. There will be surprising routes that will take you here and there, but always dream HIGH, work hard and don't stop. When the world says you can’t, you work even harder, when you have a passion for everything you do; The Sky's the Limit!!"