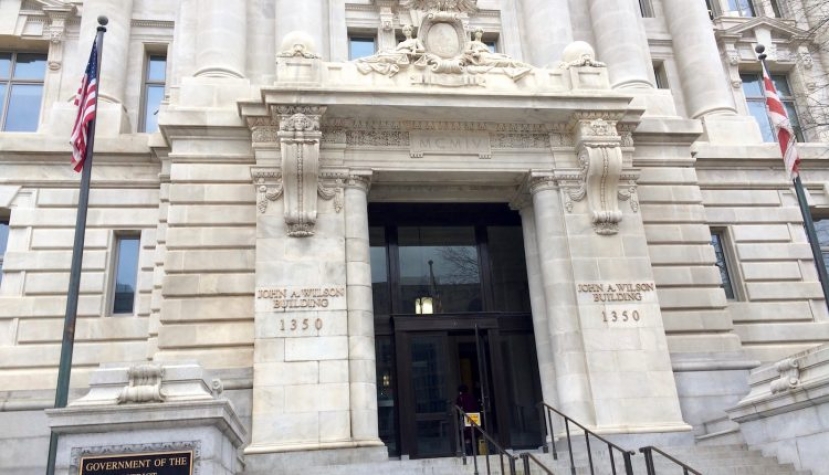 The DC Council Committee on Government Operations, chaired by Ward 4’s Brandon Todd, recently gave preliminary approval to the Racial Equity Achieves Real Change Amendment Act of 2020. The legislation, now known as the REACH Act, was the brainchild of Council Chairman Pro Tempore Kenyan McDuffie, but it was co-introduced by 11 of his colleagues.

As approved, the bill establishes an Office of Racial Equity and requires the mayor to design and implement a racial equity tool to aid in eliminating racial disparities among District government employees. It also requires, beginning in 2021, creation of racial equity-related performance measures in the development of agencies’ annual performance plans and an evaluation of the use of the racial equity tool in their annual performance accountability reports. Further, as explained in the committee report, the measure requires the Office of Human Rights and the Department of Human Resources to develop and provide racial equity training for all city employees and boards and commissions.

It also establishes a Commission on Racial Equity, Social Justice, and Economic Inclusion and creates a DC Council Equity Assessment Program to provide racial equity training for the legislature and to conduct racial equity impact assessments on permanent legislation.

As an indication of the legislature’s commitment, it included nearly $1.8 million in the fiscal 2021 budget to fund the bill. And, circumventing its own legislative process, the council references the not-yet-adopted bill in the local Budget Support Act.

That move was curious, especially since the legislation has been lying around for more than a year. It was first introduced in January 2019. A public hearing was held in April 2019. It sat in committee until the massive protests over George Floyd’s murder in Minneapolis ignited a national call to “defund the police” and fueled demands to end “structural racism.”

During an interview with me earlier this week, Todd disputed my assertion that the recent demonstrations led the council to act. “I’m not a knee-jerk reaction kind of guy. I try not to make decisions based on emotions and feelings, but based on data.” He said the intention had been to bring the bill for a vote in March, but the coronavirus interrupted that schedule.

Does that sound like a reverse version of “The Plan”?

For decades there was a belief among many African Americans in DC that whites were plotting to retake the city. That was when DC was known as “Chocolate City” and Blacks made up at least 70% of the population; today they account for only 46%.

The failure of elected officials to better manage gentrification has exacerbated fears by longtime Black residents, causing some to instigate a different kind of plan where people of color create their own insurance policy against the continued demographic shift and their displacement. Few people will publicly speak about those concerns and whether the equity legislation is really an advance assault.

Media reports quote McDuffie as describing it as “a historic piece of legislation.”

That is an exaggeration, of course. Undoubtedly, institutional racism is prevalent throughout America. Still, there is nothing historic about the Racial Equity Act, either nationally or locally.

It is another piece of feel-good legislation with make-busy work that epitomizes government redundancy. It is an example of costly and wasteful overlaying of programs and processes. Several of its mandates could be implemented almost immediately without spending $1.8 million.

For example: Does the legislature really need a DC Council Equity Assessment Program replete with an equity czar to implement a training program or use a racial lens to examine the proposed impact of legislation on certain populations? Lawmakers could simply amend their rules today, mandating both.

Besides, shouldn’t legislators and their staff members already be alert to the equity issues affecting their constituents? Perhaps their greatest obstacle isn’t the lack of any legal structure but the paucity of diversity in their legislative offices.

Even without the act, over the city’s 45-year history of quasi-political independence, the council has passed laws mandating equitable distribution of government resources and programs. It also has established or approved establishment of various offices and commissions to ensure racial and gender equity.

Consider that by law any District agency must procure “50 percent of the dollar volume of its goods and services, including construction goods and services, with Small Business Enterprises (SBEs).” DC also requires that large developers subcontract with certified businesses. In both cases, many of those businesses are owned by people of color.

The Office on African American Affairs is supposed to “leverage internal and external resources” to improve “access to economic mobility and inclusive prosperity.” According to its website, the Office on Latino Affairs “provides development, training and support for community service agencies to help improve business processes and make it easier for these agencies to serve the Latino population of the District of Columbia.”

Annual reports are supposed to be provided to the public — although apparently not every office has complied. In the 2021 budget, the four agencies have a combined budget of nearly $8 million with more than 25 full-time staff positions, according to government budget documents.

These entities already provide the infrastructure for pursuing racial and ethnic equity. They have the ability to collect data to determine whether the government is engaged in discriminatory practices against people of color,  including erecting barriers to job opportunities, social programs, or contracting and procurement.

“They already have pretty big tasks before them,” Todd said of the racial/ethnic quartet of agencies I identified. “It’s important [however] to have a singular focus on how our government prepares, responds and acts using a racial lens.”

He said that the existing offices could “work collaboratively” with the equity commission through the city administrator. “They can help figure out where the gaps are.”

It sounds like, once again, the council has put the cart before the horse, introducing and adopting legislation without fully understanding the needs. Despite this bill’s obvious flaws, who is going to say no to a racial equity act when, finally, a large segment of the country seems focused on ending institutional racism?